Can you spot a man in the photo below? That is to say a chap with a penis who does not have periods which disrupt his training, who has more testosterone than a woman. If you can, then you are a total bigot and should be had up for a hate crime at once because the man in the centre may have a penis, etc but says he identifies as a transgender woman so he is a woman. Got it? Not only is the man, Rachel McKinnon, now a woman but he is also the women's world cycling champion in the 35-40 category. Well done to him.

This is, of course, sheer madness. The women who finished second, third and fourth have all been deprived of their rightful medals.They have been robbed by a world gone mad.  McKinnon is a liberal arts college professor in the US and a Canadian - two things which mark him out as likely to be infected with a hotch potch of crackpot but fashionable ideas. No down Canadian Prime Minister Justin Trudeau is at this moment recording a celebratory dance to tweet out to his countryman in praise of his achievements.

McKinnon has responded to past criticism that he is a man robbing women by saying that trying to exclude transgender athletes is akin to the actions of those who were excluding black folks from sport in the past. You see if you object to Mr McKinnon robbing female athletes you are not only transphobic but probably racist as well.

Mr Mckinnon's supporters are, as you can see below, vocal. Academic Rachel Anne Williams is a "trans-philosopher" and is soon to author a book "Transgressive: A Trans Woman on Gender, Feminism and Politics". Hmm, I must remember to order that in as a Christmas present to myself.  Ms Williams ( sorry is Ms a sexist term, should it be Mx or something) points out how hard Mr McKinnon has trained seemingly oblivious to the fact that so have all the real women who were robbed of medals.

What is the end point of this lunacy? If we get to the stage where fairly ordinary male athletes identify as women and sweep the board at the Olympics will someone note that this is just plain unfair on those who were born female? Do we have to get to that point before folks dare to be termed transphobic and, on utterly spurious grounds, racist and object to what is patent insanity? 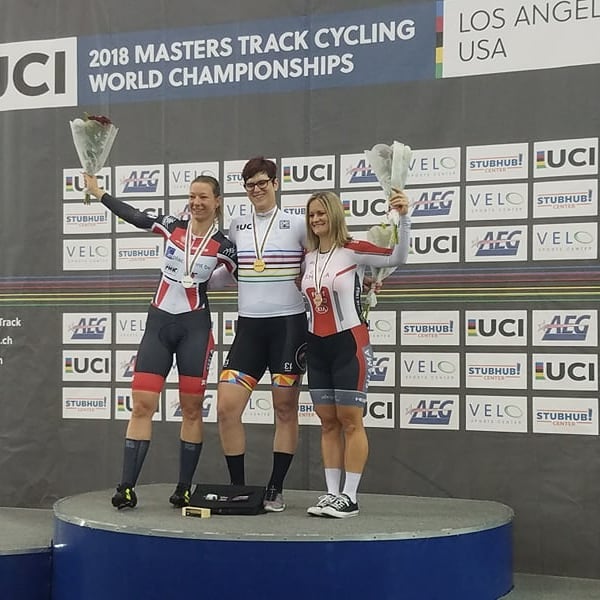 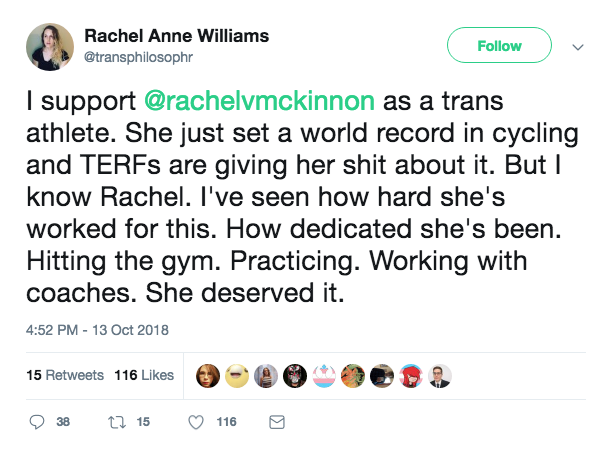