Photo Article - #PeoplesVoteMarch, not really very big is it?

As I sit with an ouzo in Greece, a country with 49% youth unemployment and where pensioners mist live on 9 Euro a day thanks to the EU, back in London, about 100,000 generally very affluent middle class folks are marching to overturn the wishes of 17.4 million of their fellow citizens and for Britain to stay in the EU. The organisers and the BBC and the rest of the liberal media claim this is a big demonstration but that is just fake news.

In 2003 a march against war criminal Tony Blair's illegal invasion of Iraq attracted 750,000 (Police estimate) to 1 million folks (BBC estimate). A few months earlier the Countryside march attracted 500,000 + including myself carrying my then baby daughter Olaf. On that march, where organisers claimed more than a million attendees, most folks had to travel in from the boonies. Some had never been to London before. But London is the most heavily remoaning part of the UK. If only 100,000 turn out today in the heart of remoaning territory, that is really, in relative terms, pretty small is it not?

Here is a picture from the start of the March. 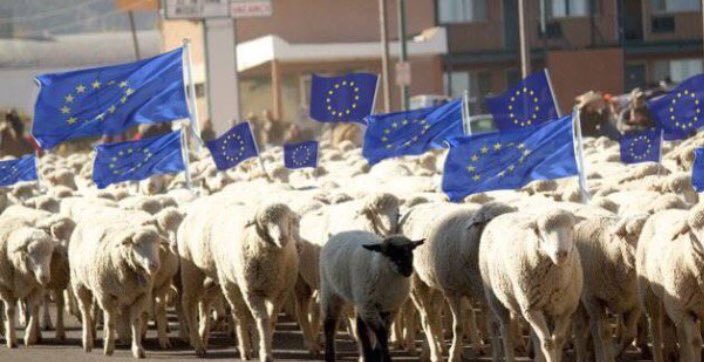