As each anniversary of the liberation of Auschwitz, Holocaust Memorial Day, comes about I find it more and more depressing and painful. I think of the relatives of two of the godparents of my daughter Olaf.

Joe was in his mother's stomach when she and his father fled Corfu while the Italians were still in charge. Then the Germans moved in and all 2,500 Jewish Corfiots were sent on a boat to Piraeus and then by train to Auschwitz. Fewer than 100 returned. I think of Joe's relatives who did not come back.

Iska's mother and one sister left Poland in the 30s for New York. Twelve siblings ( or was it ten?) stayed behind. Iska grew up with no uncles or aunts or cousins in Poland. I think of them.

I also think of my father's best friend, the late Hungarian author Janos Nyiri. He survived. Kind folks hid him. Many of his relatives were not so blessed.

Each year more video footage and photos of the horror of the holocaust emerges. Though the BBC is generally beneath contempt its offering yesterday, The Last Survivors, was television at its best. The Mrs and i were gripped as elderly men and women, the lucky few, explained how they survived, headed back to Germany or Poland and how they felt as they mourned brothers, sisters, parents, cousins and friends, folks from whom - in some cases - they were parted from on the selection ramp at Auschwitz. Left you live (for a while), Right you go straight to the gas chambers.

Amazingly, 5% of Brits do not think the holocaust happened. Many more think that its scale was greatly exaggerated. Two thirds of American millennials do not know what Auschwitz was or is and a fifth had not heard of the holocaust. It is the scale of that ignorance that makes it essential that we all try to celebrate HMD so that younger folks understand why we say Never Again!

But of course some of our fellow citizens, mainly on the left, hate the Jews and or Israel so much that they will not mark Holocaust Memorial day at all. In Glastonbury for a walk to the Tor we stopped off in the town centre by the Abbey for a coffee and guess what flag was flying by the car park. What better day to fly the Palestinian flag. 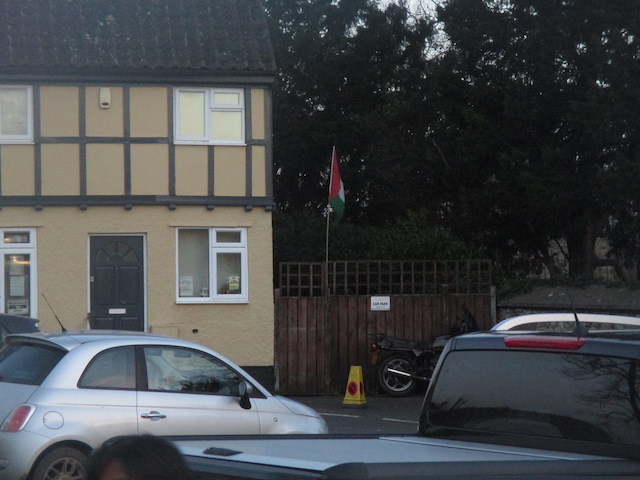