Its museum in Robin Hood’s Bay is small but kept Joshua happy and warm for half an hour. But you will note the great panel below on climate change which states that a) the world is getting warmer and that b) Co2 emissions, the ones Greta Thungberg can see, cause that climate change. But as I showed HERE, the historic data shows that is pure poppycock. And of course, as it emerged the other day, the world is getting colder. I am sure that my grandfather who believed in a real religion would habe looked at the clear logical flaws in this bogus one and, at least, showed a degree of scepticism.

At what point will the National Trust apolooise for lecturing us all is such a patronising way with its bogus religion and get back to things like saving old buildings? Or will it be too late by then with enough folks so hacked off with its woke stance on global warming, LGBTQI rights and fox hunting that its trail, of legacies has just dried up? 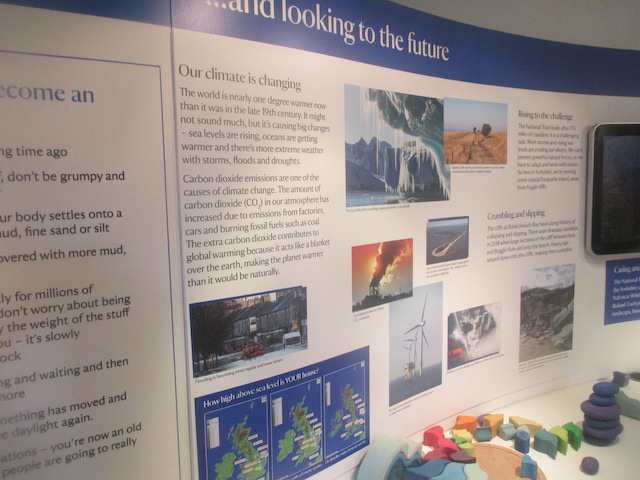