The concrete bases, where asbestos clad sheds once stood in the area formerly known as the jungle, have now been ripped up with the concrete lying at the bottom of what will be the Ha Ha. And with big planks salvaged from inside the big green barn, the snake barn, which – pro tem – stops one seeing the house from the garden, two small vegetable patches have been created. Yesterday, being a non nursery day for Joshua, we went gardening.

Joshua’s six month old sister has now started both nursery ( last week) and eating food (Monday) just in time as the Mrs, today starts what my young son terms her “very important work,” that is to say filling impressionable young minds with left wing ideas which you and I might not take entirely seriously. Back to the gardening. In patch one we now have three pumpkin plants, two courgette polants and a cuccumber. More to follow.

Joshua, who brought his Peter Rabbit spade and was jolly useful is, as you can see, proud of his work and next up will be planting out the nine chilli and pepper plants that are not already under cloches elsewhere, as the frosts really are gone, radishes, lettuce and rocket. That will be a job for Thursday, the next non nursery day. 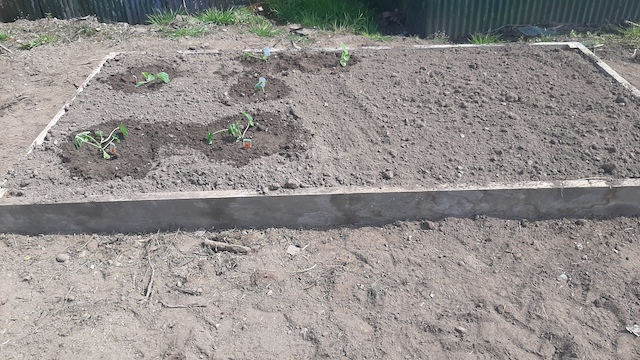 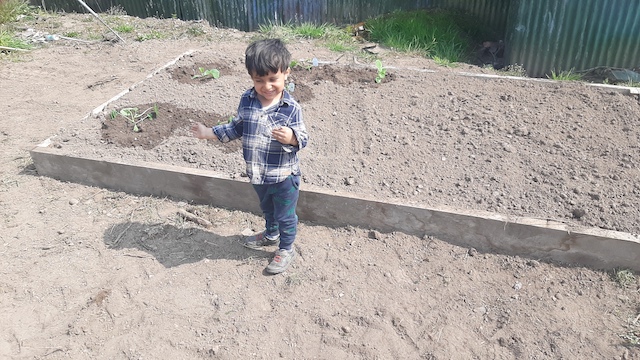