I got an email this morning from our friends the mad lefty Guardian reading champagne socialists L&G who live in a village up in the mountains behind Kambos, when not battling for the People’s Party back in England. We last saw them back in August as they settled in for another six weeks of Greek sun as we headed back to England. Thanks to travel restrictions it seems that they are still there having enjoyed 10 solid months in the Hellenic Republic.

Where they live there is snow in the winter and their village is pretty deserted during the colder months, so it must have been tough and they still have not been jabbed although that is imminent. “Oh for the efficiency of the British Tories” I reminded them as I prepare for my second jab this afternoon. I look forward to meeting them in Kambos for a boozy lunch or two so very soon and Joshua is talking excitedly of once again splashing in the pool.

I shall not cover our trek back to England on the Monday in any detail. With heavy luggage, a six month pregnant wife, masks and social distancing it was just all too grim. The only folks defying the mask ban were security men at Kalamata airport who needed to be unmasked in order to chain smoke in the non smoking terminal.

Before the horrors of travel, we had one last day to enjoy. Of course a bit of it was filled with packing and tidying but there were still time for a few swims, for a trip down to the village to say goodbye to folks in Kambos and to buy some booze for the arrival of Nicho the Communist and his son at the hovel. They came, with swimming trunks and Joshua found new people to splash which he enjoyed greatly. Both men said nice things about the property and the pool and then, over a glass of wine, we talked turkey.

That is to say we discussed our new business venture. Olive harvests tend to be a good year followed by a bad year. I said that I was not sure whether 2019 was good or bad so we agreed we’d go into business for an initial two years so that they get at least one good year. Nicho, his son and – more importantly – some Albanians will pick my olives. I get 15 litres of oil and then we split the profits. If the land needs work I pay but that is a charge against profits. It seems fair. For 2020 I knew that i would be with wife and baby but in 2021 I said that I hoped to join the team, possibly with other harvesters from Britain.

Nicho has met the harvesters from previous years and since all have more than stood their round in Miranda’s and the Kourounis taverna he approved of that idea. We shook on it and the deal was done. I know I will never make a cent from my olives. If I break even and it pays for the odd flight I am more than happy. Harvesting olives is my way of being a part of the community and so I was delighted that the Hovel would see a harvest in 2020 even though I just could not be there. Below is Joshua after another session of splashing, preserving his modesty with his mother’s maternity trousers and then the pool and a view out towards the castle in the evening sun.

Tick tock. Just over a month to go. 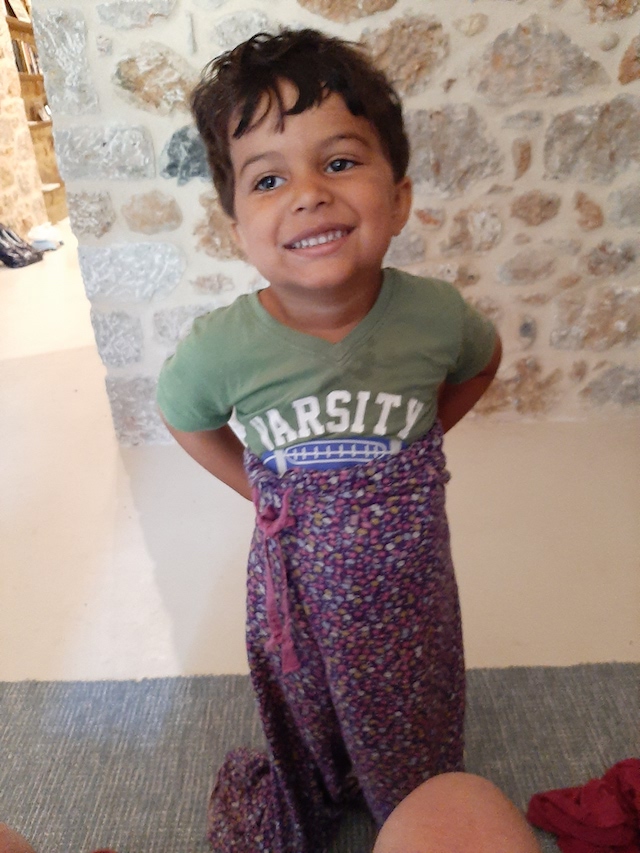 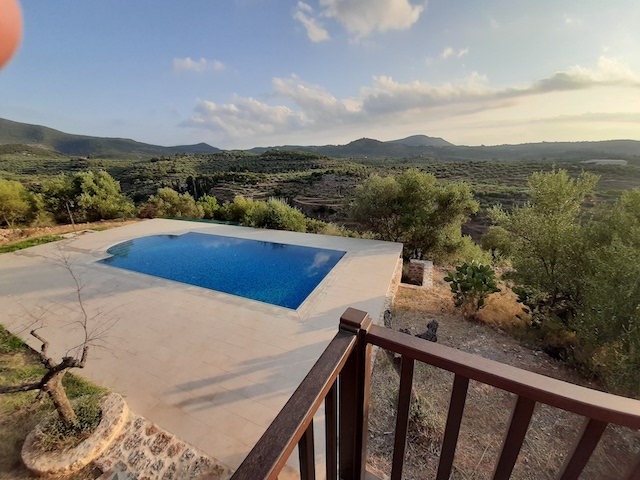