The vile “rape your daughter” antisemitism in London today is only encouraged by folks like Sadiq Khan, the BBC and Keir Starmer

The placard below comparing the Jews to the Nazis was hoisted at the pro Palestine march in London yesterday. Nobody on the march appeared offended. So many of them hate all Jews that they are happy with such sickening words. Natch the Police did nothing and so today we have seen cars flying Palestinian flags driving through Jewish parts of London urging folks to rape the daughters of Jews and worse. The video is below.

How did Mayor Khan react to this incident:

Reports of hateful, intimidating & racist language used on marches & social media this weekend are deeply concerning. Behaviour that incites anti-Jewish or anti-Muslim hatred has no place in our city. The Met have my full backing for their zero-tolerance approach to tackling it.

Er…The marches this weekend have been pro Palestinian. Antisemitism has been everywhere and it is that that Mayor Khan needs to accept and explicitly condemn but he cannot and that merely encourages the Jew-haters.

Meanwhile, Keir Starmer, the BBC and others continue to either equate Israel defending her civilians by attacking military targets with Hamas putting its civilians at risk by siting weapons in their midst and using those weapons to attack Jewish civilians. In fact, Sir Keir directed more blame at Israel.

In doing so, Sir Keir gives a dog whistle to the Jew-haters in our midst as does the BBC with its clearly partial coverage.  No doubt all will condemn the cavalcade of cars driving up the Finchley Road this afternoon but for folks like Starmer and the BBC it is just a bit too late and any condemnation is devoid of sincerity. 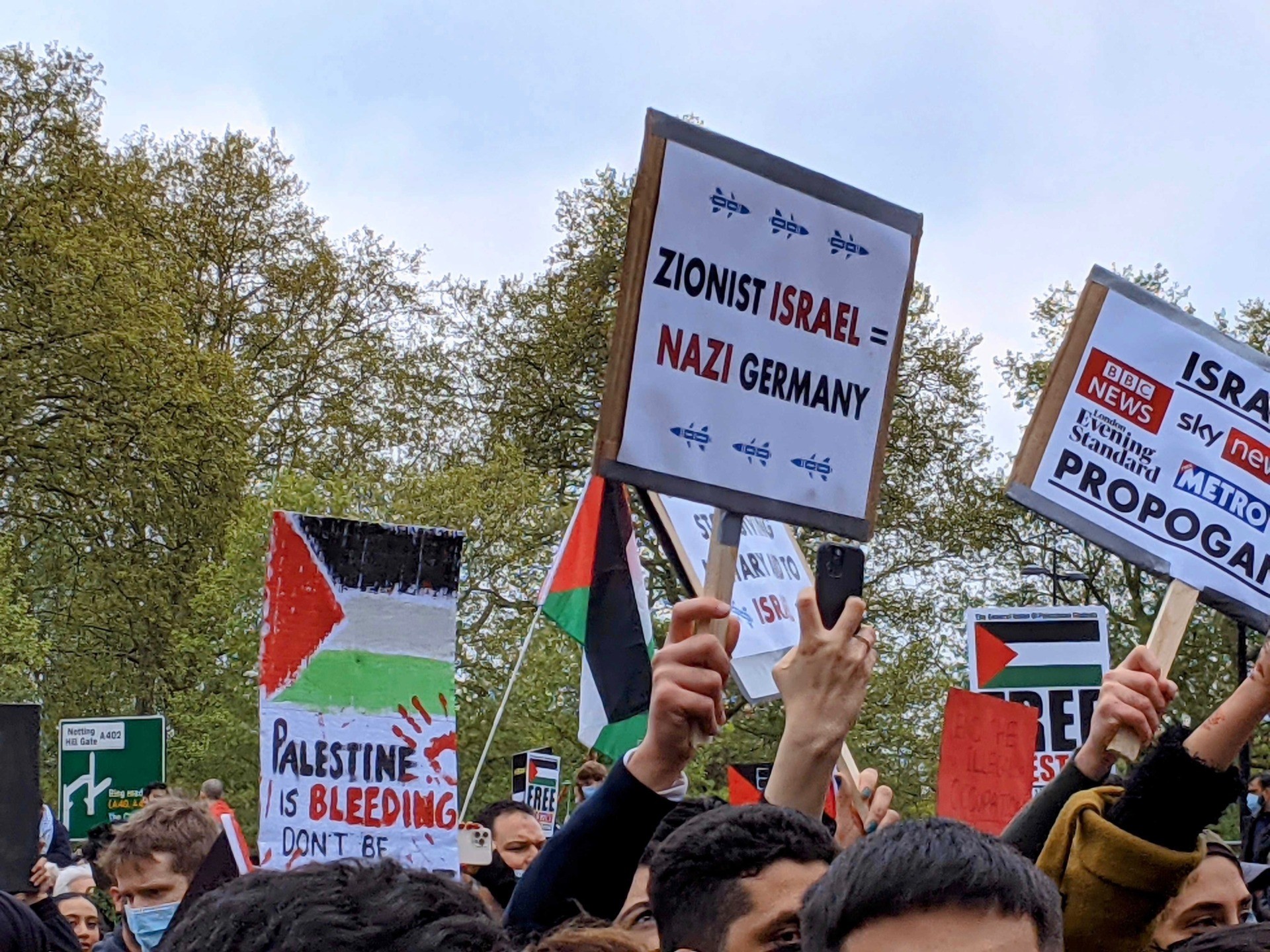