Photo Article from the Welsh Hovel: The amazing view we have created for teenage mutant curtain twitcher Abi Lancelotte

On one side of the farmyard at the Welsh Hovel lies a scrap metal skip, full to the top with more than three tonnes of iron. On the other side is the pile of sandstone blocks pictured below, many already hewn into shape. All were retrieved from the nettle and bramble covered large earth mounds that once separated our fields from the paddock where we have created the mound which will end with a Ha Ha. Suffice to say, we also removed vast amounts of plastic, tyres, asbestos and other horrors for safe and legal removal. 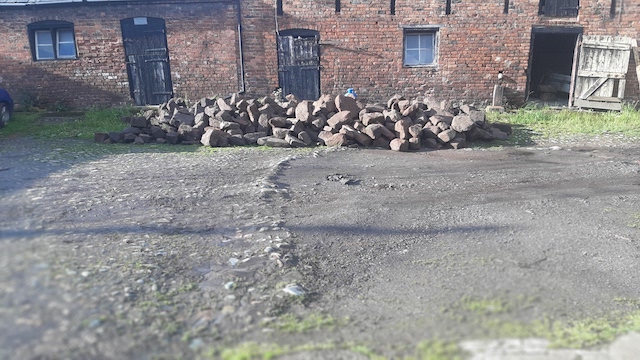 So now to that paddock. The first view is from the field to the mound which will be edged by that ha ha, built largely with that reclaimed sandstone. View two is from the riverside looking up past the ha ha towards the church and the house where teenage mutant curtain twitcher, the Facebook snitch Abi Lancelotte, lives with mummy and daddy.

Finally the view down, which Abi sees when she twitches her curtains, to the mound itself – once just a paddock with concrete slabs in part and the rest covered with nettles, brambles, rusting barns, 300 tyres and vast amounts of asbestos and other rubbish dumped or buried – and to the area which was the real tip which is now entirely clear. That gives folks like Abi a clear view down to the river. When it dries up a bit, we will re-seed that area so the field merges in a seamless way with the ha ha mound. We also thinned out the scrub on Badger hill, the red rocks above the mound and below my strawberry patch, herb garden and new orchard, leaving the larger trees which, now cleansed of ivy, are flourishing. That should also improve the view for our neighbours.

The next job is removing the ugly white paint from the (listed) barns. That job is underway today, photos later.

“Remove the ugly white paint: fucking English bastards! Not only do they spend thousands legally taking away all that lovely asbestos and plastic and old tyres now they want to restore the barns to their original splendour. Bastards. I must go and post photos and a complaint on the Holt village facebook page right now before I watch Pobol y Cwm. Bastards.” 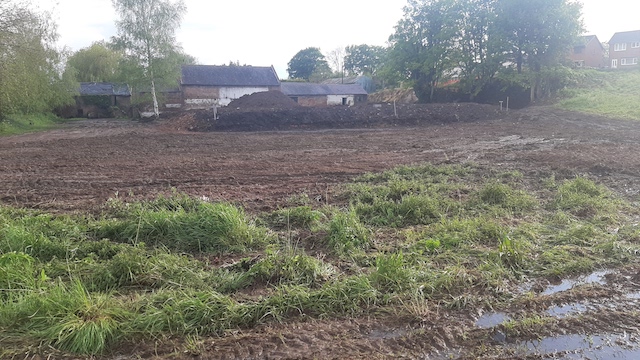 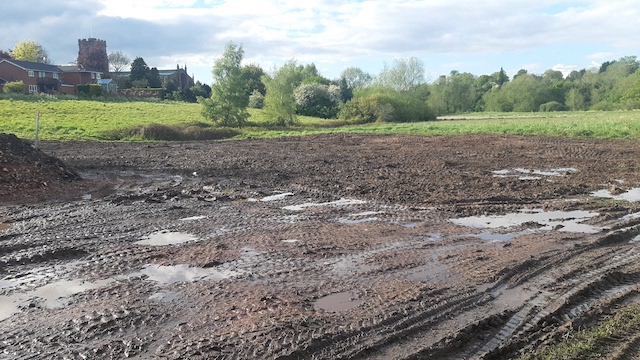 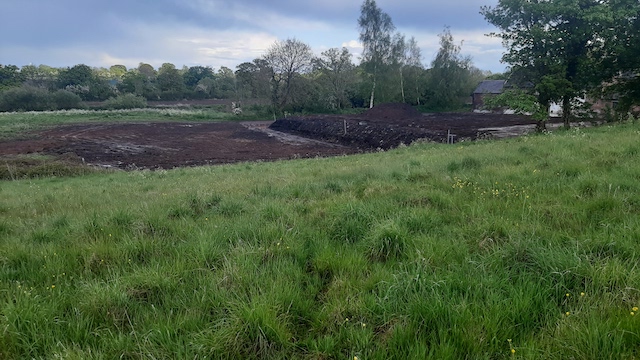