Photo Article from the Welsh Hovel - the new orchard, strawberries and herbs flourish

When we arrived here two years ago, the grass, ferns and nettles were more than six foot high in bits of the small field above the barns. You could not see the gate fence and chicken shed at the end of the field which separated it from our upper meadow which goes all the way to the churchyard. The glass-filled ruins of an ancient shed just before the chicken shed were hidden from view. I had no idea it existed. What a difference two years makes. This is the field onto which five of our neighbours must look at from their houses and it was one of them who made my week by saying thank you a couple of days ago. So what does it look like now?

Here is the whole upper field looking back from where that gate used to be. On the left is the low bricks of that old ruined shed which now surround my strawberry patch and herb garden. In front are the lines of trees. At the far end you can see what is known as the “snake barn”. It is where asbestos removed from the land is stored ahead of disposal and the name is to keep Joshua out! It will be demolished and replaced with a polytunnel later this year. To its right is the start of the vegetable garden, what was once the jungle.

The trees are in three rows and are a mixture of apples, pears and plums (six of each) plus two crab apples, two figs, a cherry and a dogs arse tree. many are now taller than me and as you can see, they will all – bar the figs, cherry and dogs arse which are new – be yielding a bit of fruit this year. Luckily we are not reliant on this orchard. By the river, there is a much older one with six mature trees yielding edible apples. Up in what was once the jungle but is now the vegetable patch is a plum tree, a large pear tree, two damson trees and a tree yielding vast amounts of cooking apples.

The second and third photos face towards the upper meadow where the grass is too long and needs a trim.  As it happens, this photo is three days old and two days ago I did mow the grass in the orchard so it looks almost smart now! 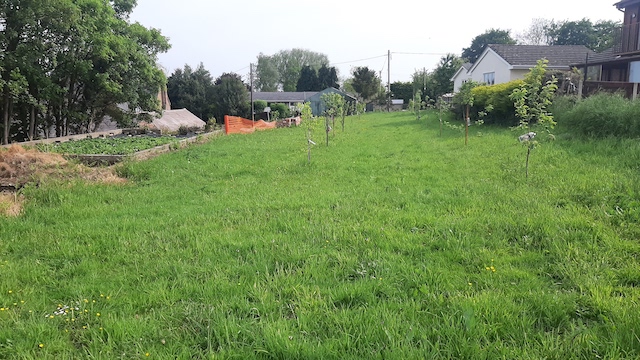 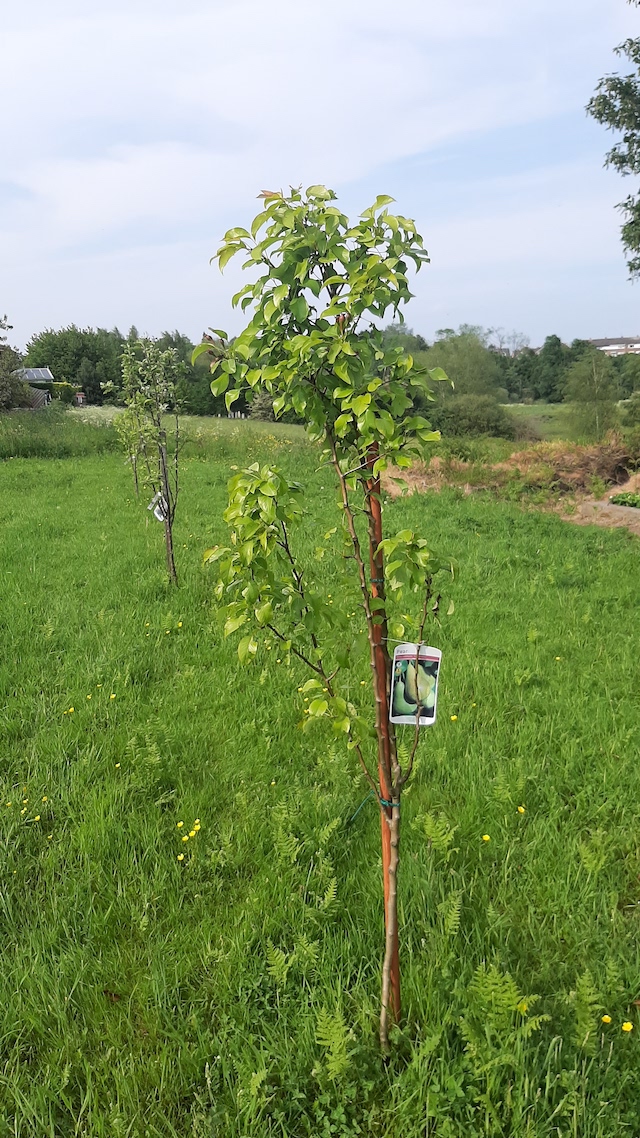 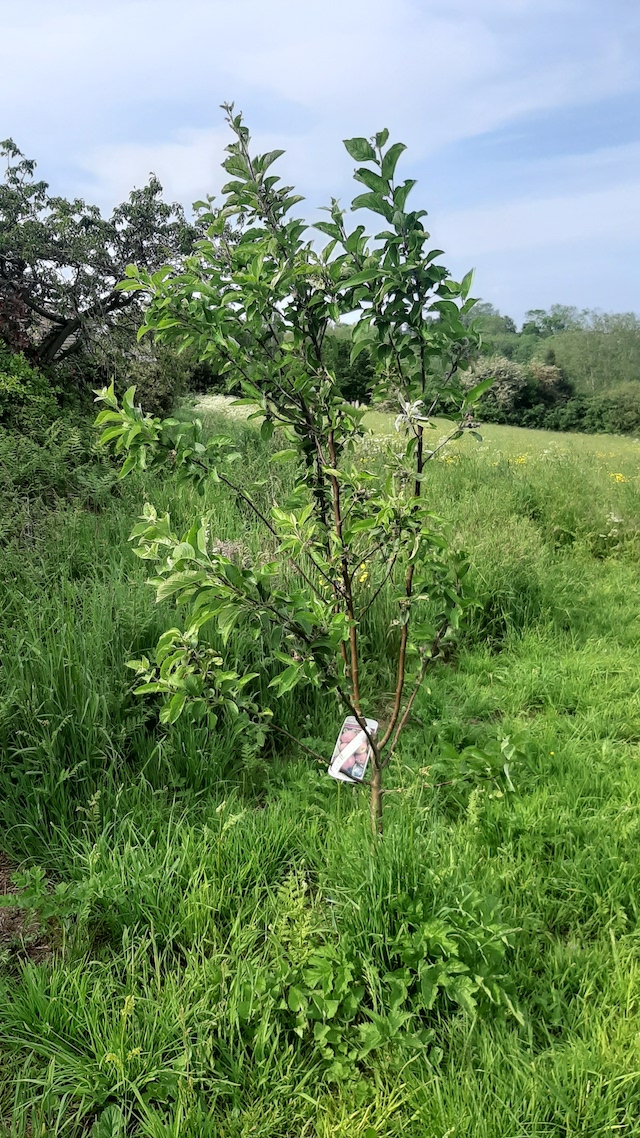 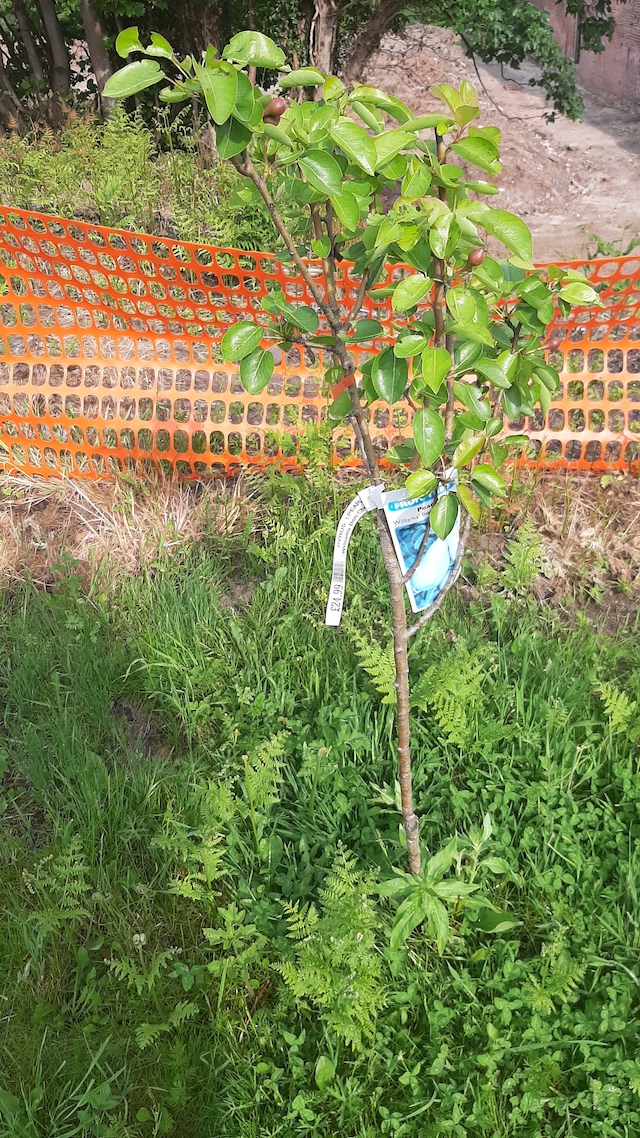 Now to the strawberries which seem to be thriving. I fear I may miss the crop this year as I shall be in Greece but maybe some can be frozen. Most will be gifted to our neighbours. 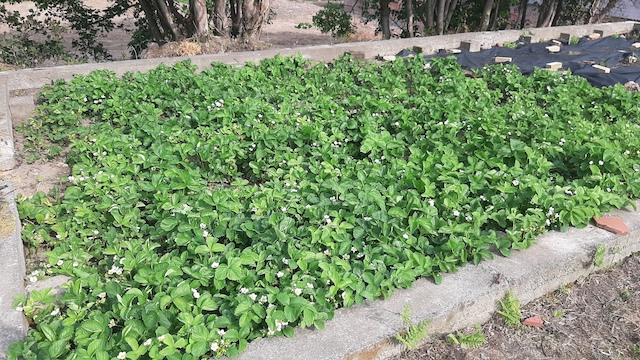 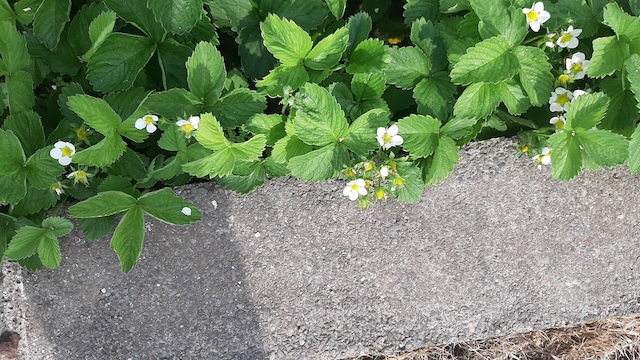 And this is the herb patch where all my babies are now flourishing. Behind the patch are the barns and in the picture below is the one we are working on repointing now. It needs a slate or two replacing and a gutter added and then I can start work on the – fairly modest – internal renovations. The L shaped barn is actually two separate barns. the small one at the far end will be for chickens. The bulk of the L used to hold cows and will be where I plan to house the goats which, from 2023, will be mowing the upper field. 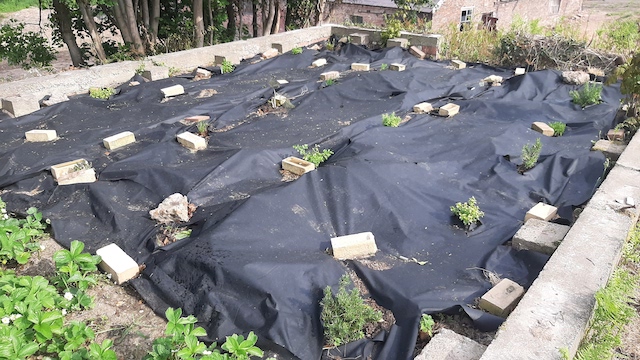 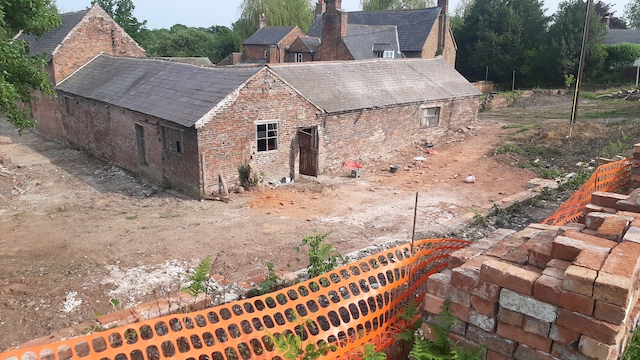