A few more pictures from the Metsovo road trip 2021

You have already seen the whole town of Metsovo from Anelion, on the other side of the valley, HERE. And yesterday I considered how this Vlach town in Greece has only been under Greek rule for 109 years HERE. As I wait for Joshua to get dressed for breakfast here in Delphi, a few more photos of the town.

The first three show the enormous plane trees that dominate the central squares. There is a cooling breeze that runs through Metsovo though, being Greece, it is still hot in summer. But if like Joshua and the old men propped up with Shephard’s crooks, you sit under the trees, you can forget all about that heat and just chillax. 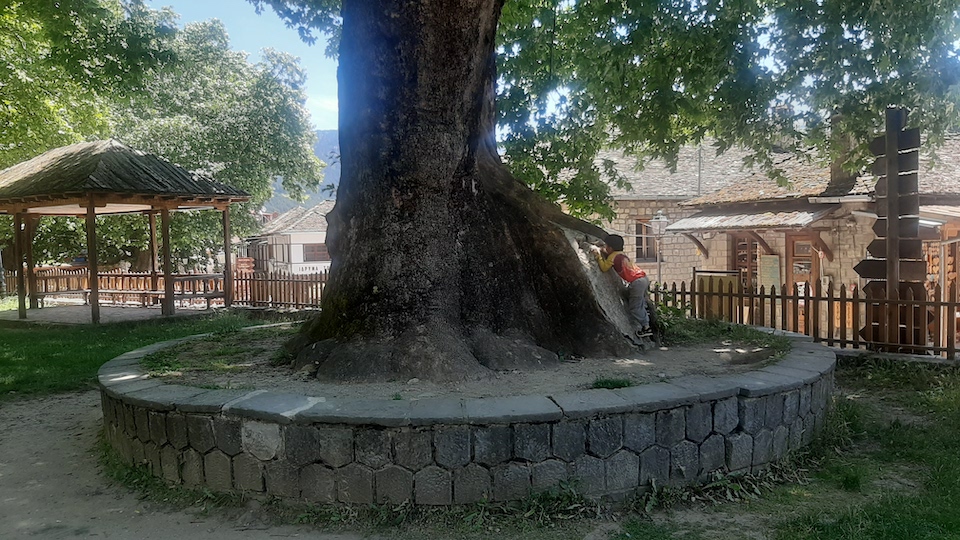 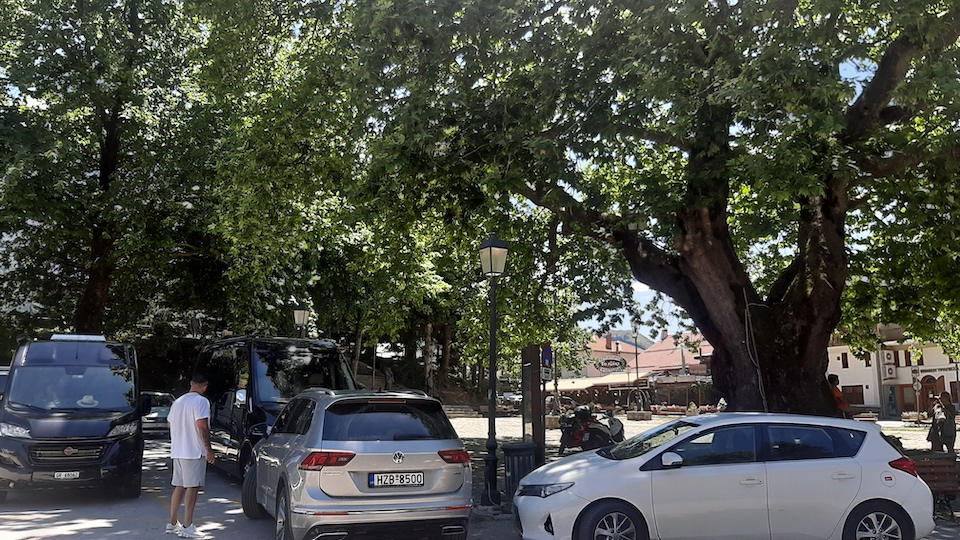 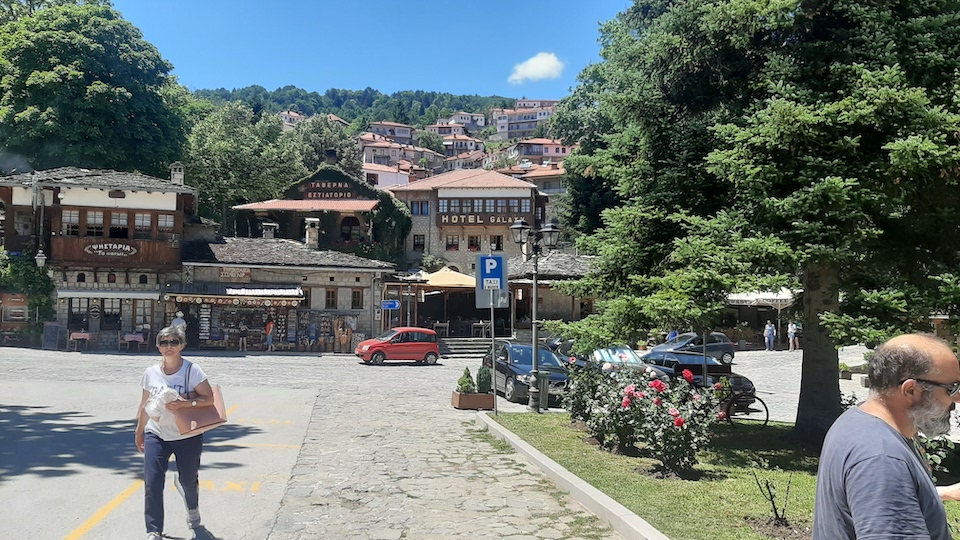 And then two snaps from our hotel window, a hotel below the main squares on the bear path trail which would eventually take you to Anelion. In the first one, you can see Anelion in the distance. That bear path trail is one that I used to get to the bottom of the valley in the winter, when the bears and snakes are asleep. It passes by a 13th century monastery surrounded by impressive vineyards, At the bottom, the bear trail meets the road at a bridge over a small river. My father would have continued up the bear trail carrying our luggage and probably at least one of his children with Mike the Vlach performing a similar feat. I thought it looked too steep in the snow so took the winding road instead.

The second photo looks past more tiled rooves down towards the bottom of the valley and to the ski slope at Anelion on the other side. 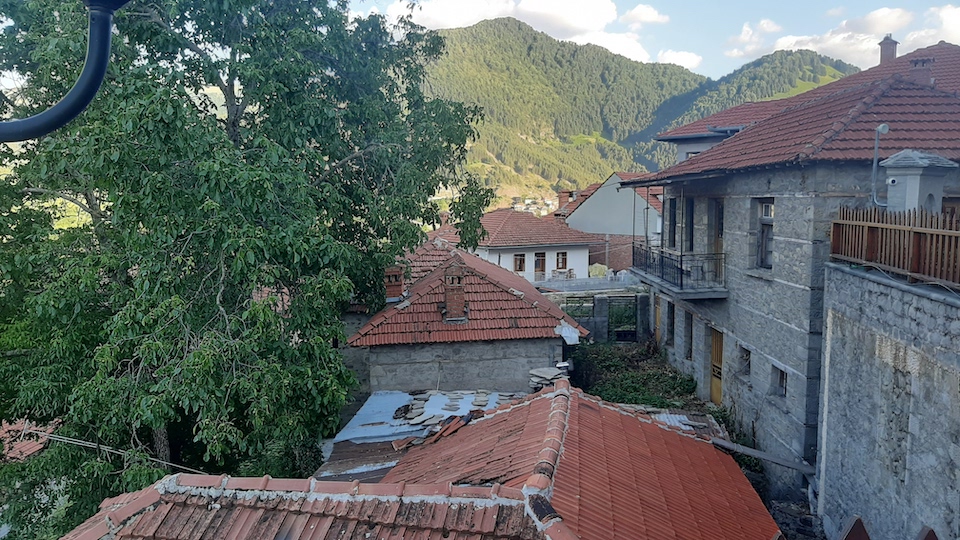 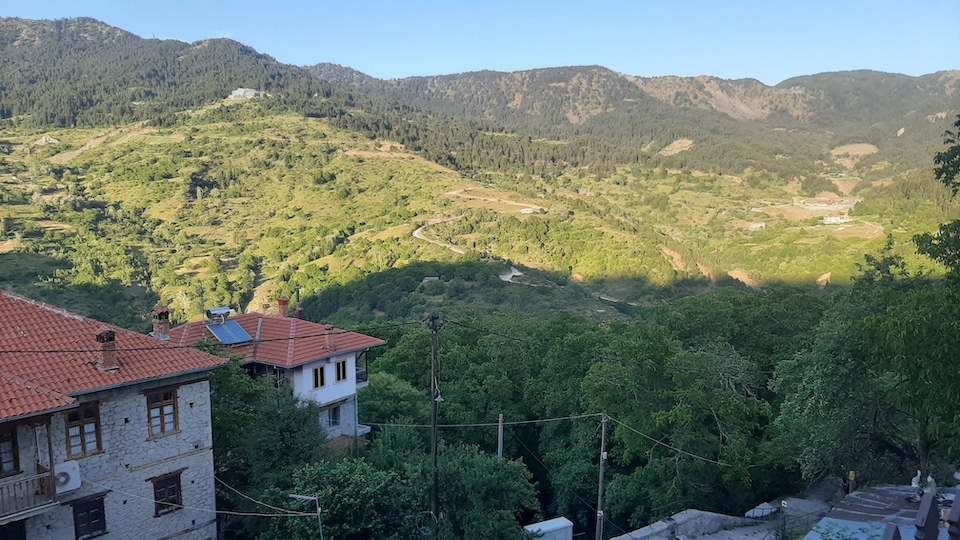