Photo Article from the Greek hovel: trekking to the second castle we can see from our home - Kapetanakis

The 15th century castle of Zarnata sits on the hill overlooking Kambos and as you loll in our pool, its ruins can be seen clearly on the skyline. But look closely at the view from the hovel down our land and in the far distance you can see another structure on the skyline, Kapetanakis, and yesterday Joshua and Jayarani accompanied me on a visit while the Mrs did some of her very important work in lovely Eleni’s Kourounis taverna.

At Zarnata, one must scramble up the last few hundred yards to the summit. I have done that with Joshua on my back but with no distinct path, it is not for the faint-hearted. The trek to Kapetanakis was much easier. It sits overlooking the road from Kalamata into the Mani on the other side of the murder gorge. Built in 1795 by a Maniot warlord, it was the closest “fuck you” from these warlike folks to the Turks in Kalamata, the site of the garrison that would be slaughtered just 21 years later in the first act of what became the war that brought Greek independence. The road to the castle winds and winds through a couple of small villages but is in good nick all the way to the front steps. From the top of the hill, the view one way is back up over the gorge towards the Hovel, the other side looks down on the bay of Kalamata.

I found the place amazing but Joshua was in one of his moods where he was just not that interested. I tried to get him discussing why doorways were so low: folks in 1795 were my wife’s height (five foot) not mine (six). I chatted about how hard it would have been to attack this place, why – in 1795- all the trees would have been removed from the hillside, why the castle was located where it was but I could not arouse any sense of interest, there were none of his normal follow up questions. That rather disappointed me. I used to love castles and for me, as I chatted to my parents or Uncle Chris, they came alive as we imagined the defenders, where they lived, how they lived and how they saw off attackers and who those attackers were. But Joshua was just not in the mood.

On the way back, we drove past countless olive trees but also some fig trees. Unlike in the bottom of the valley below the hovel, some of those trees bore large, almost ripe figs. I picked a few through open windows and after peeling one, offered it to Joshua. One bite and it was “I don’t like that” in the way that he responds to too many things these days. I do not like this fussy eating. I know my parents would not have tolerated it but I am not sure, other than starvation, if there is any way of overcoming it. Anyhow, that meant that I got all four figs which were amazing. Every cloud, etc, etc 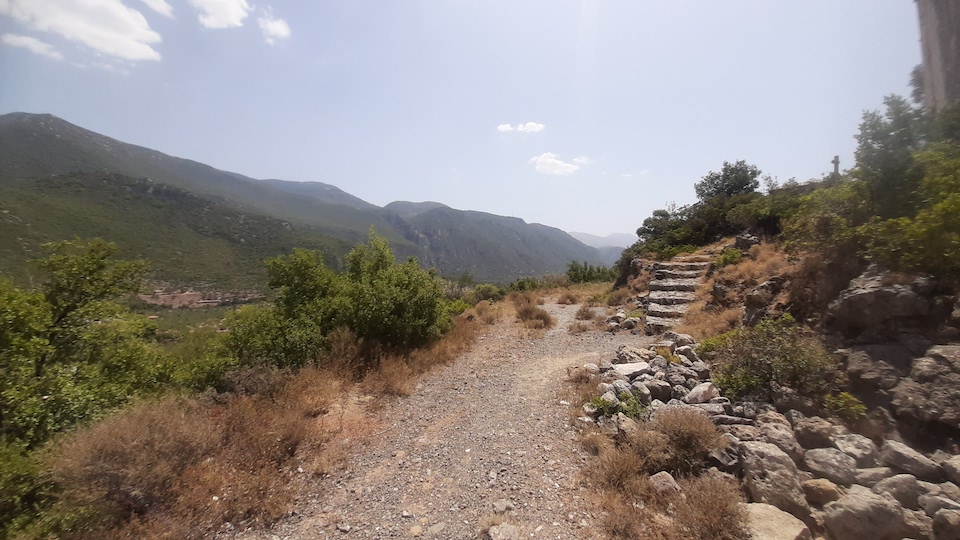 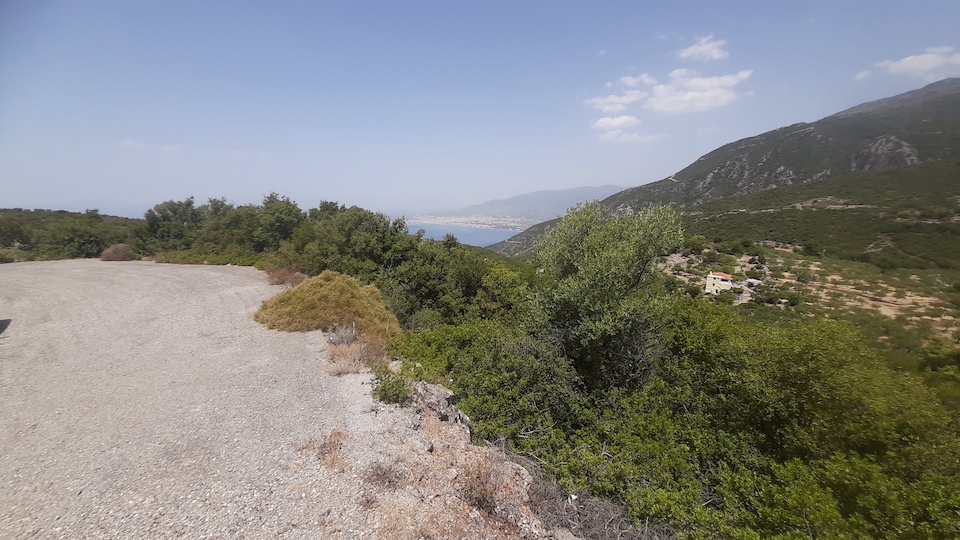 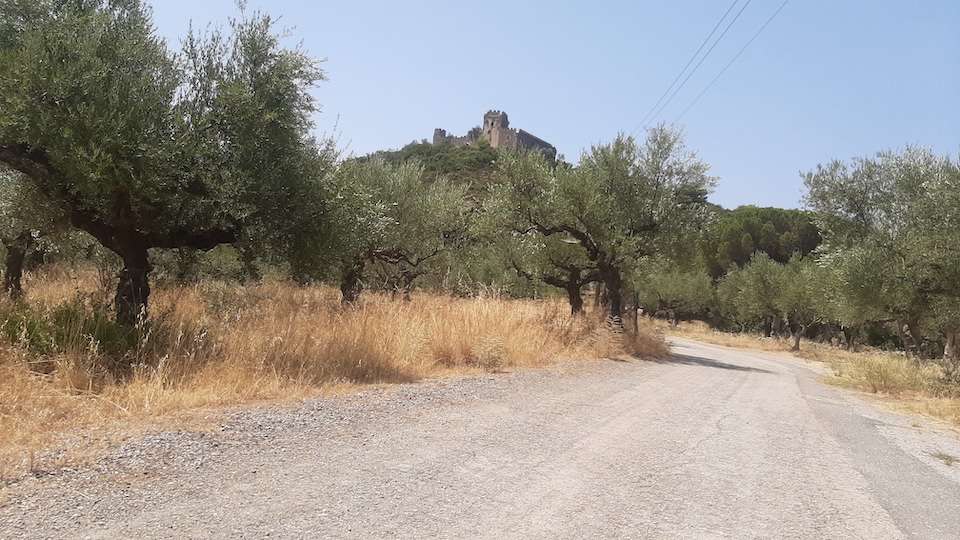 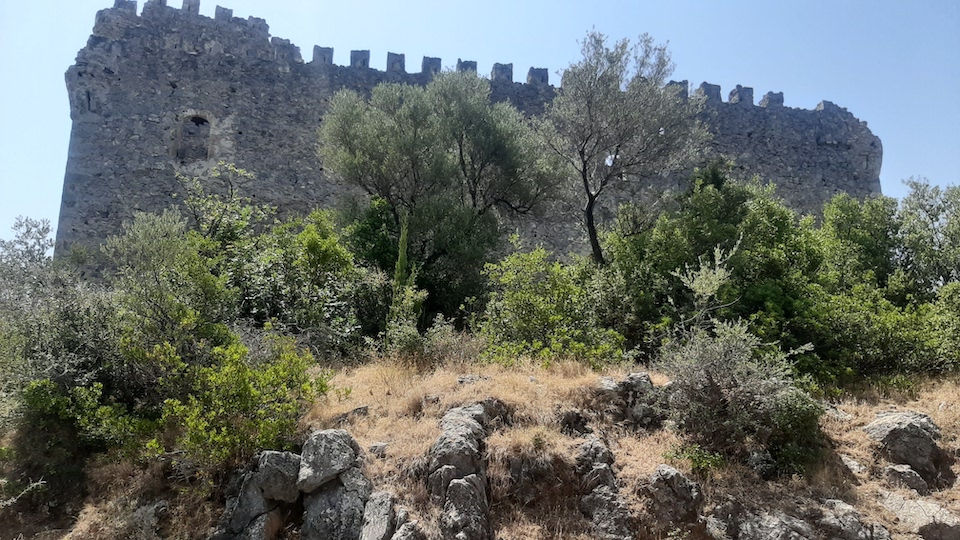 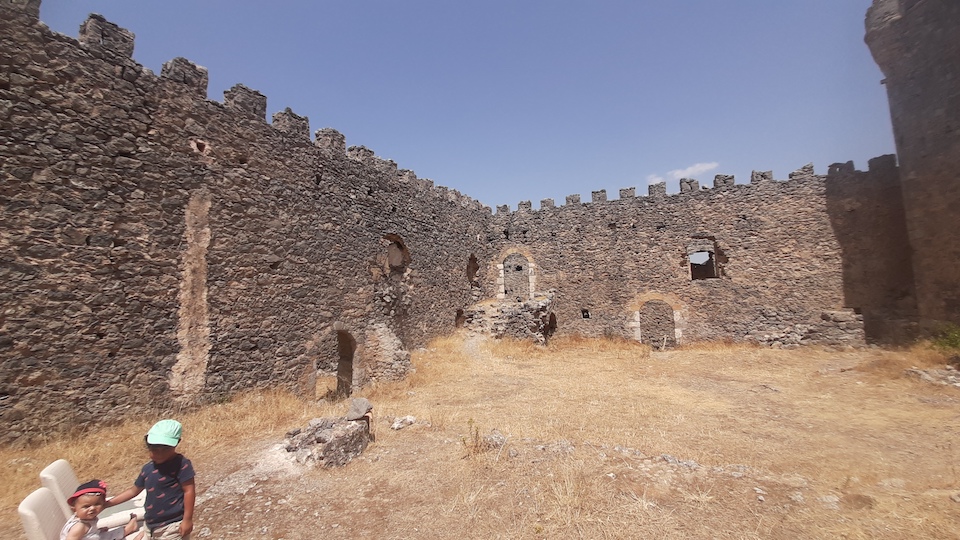 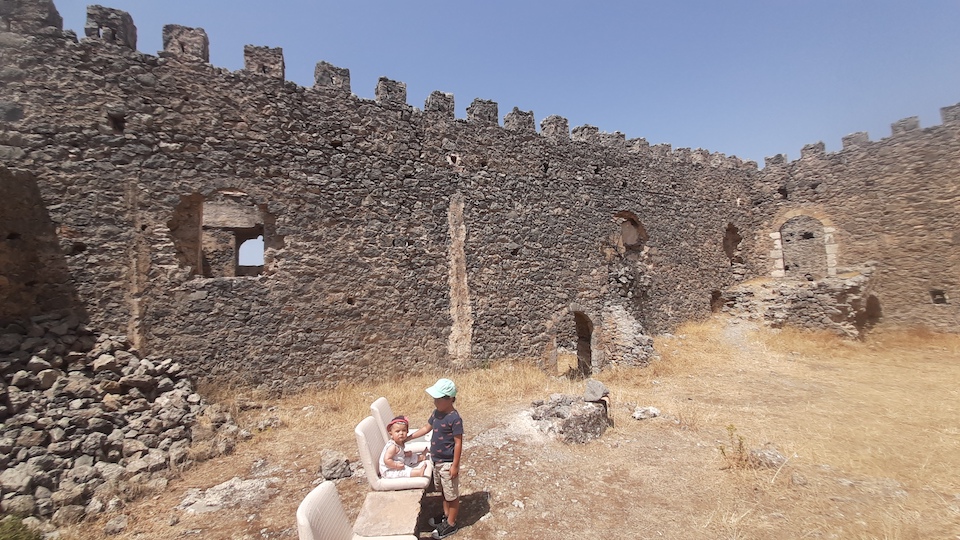 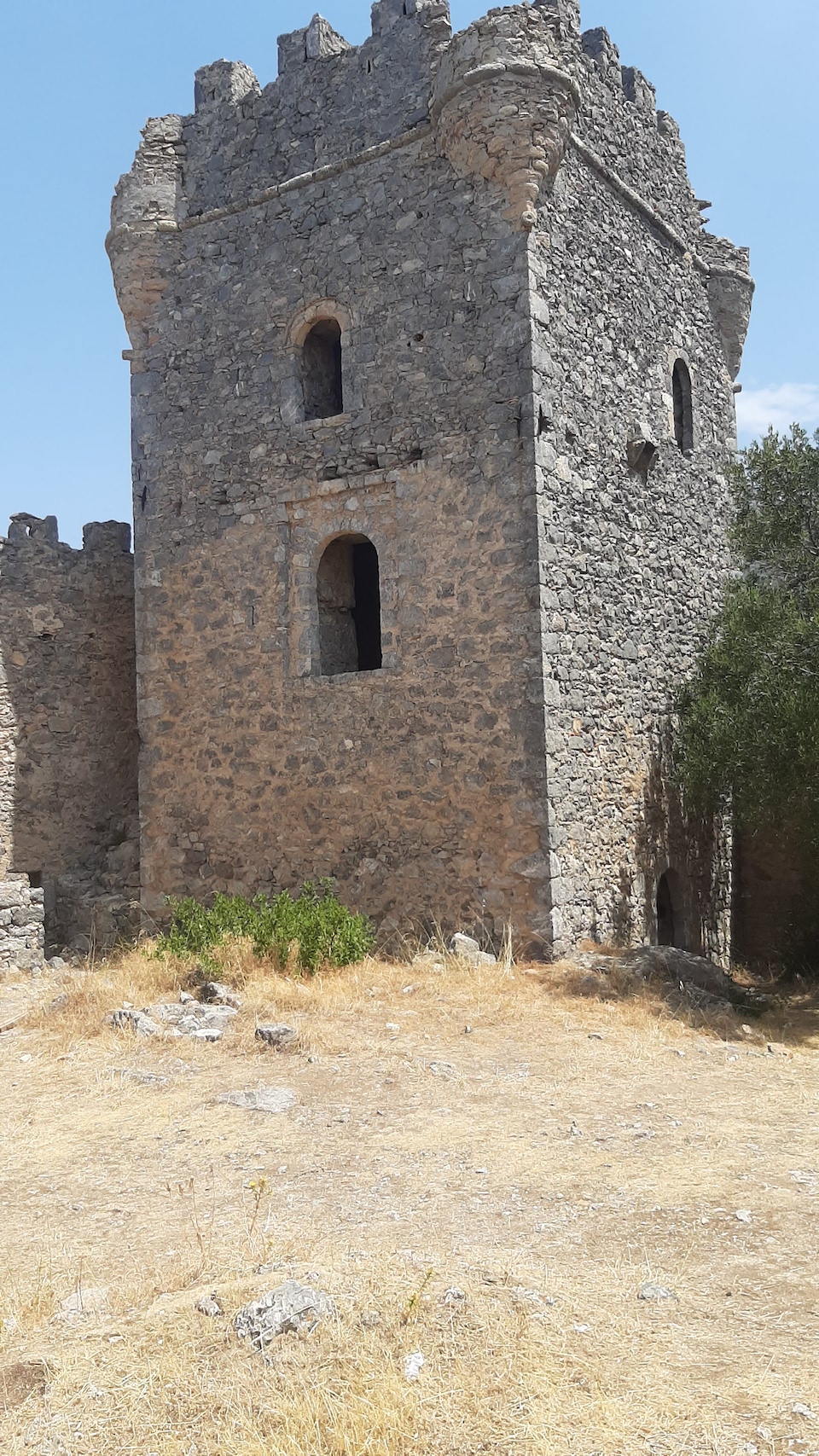