Photo Article from the Welsh Hovel - no Darren these are not bloody cherries!

My colleague Darren uploaded these photos and reckons what he saw was cherries. Poltroon! Sadly my nine cherry trees are yet to yield much, I have hopes for next year. What you see is from the two crabapple trees in the new orchard I planted in early 2020 and which Joshua and I harvested last week.

Their main role is in assisting in the pollination of the six apples trees in the orchard but this year they also yielded 1.25 kg of their own apples. I am sure that as they grow – this is only year 2 – that number will grow but I have space for more trees in the new orchard so am minded to add a third crabapple. There are two varieties of crabapple in the existing orchard. One delivers apples about 1cm cubed, the other about an inch long and more rugger ball than soccer ball albeit with a flat end. So I washed the lot, removed stalks and then cut each in half. It was all a bit fiddley. 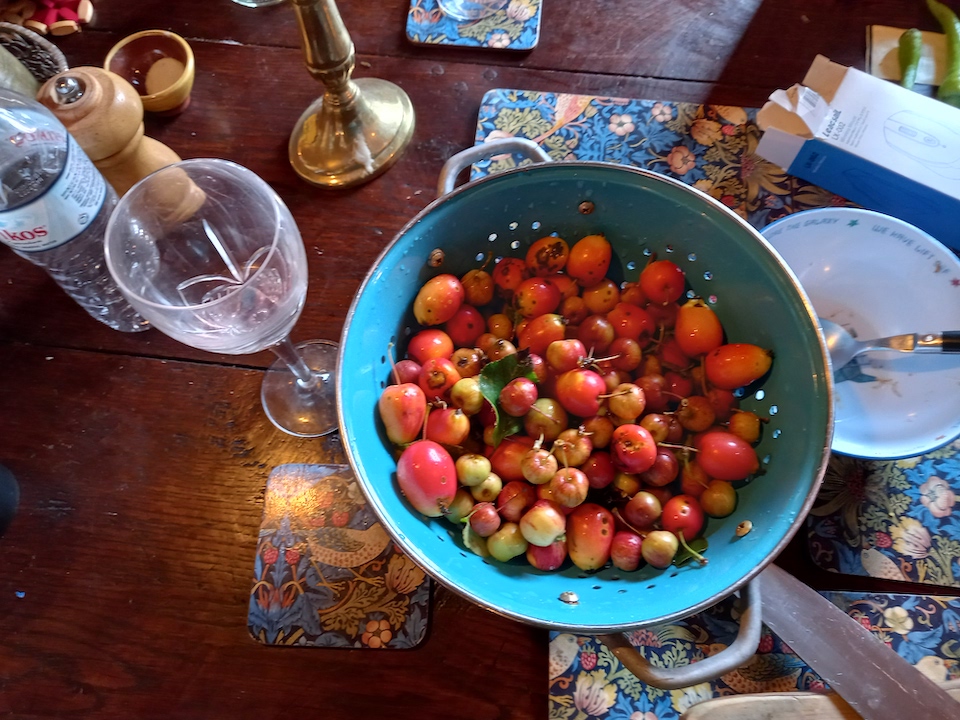 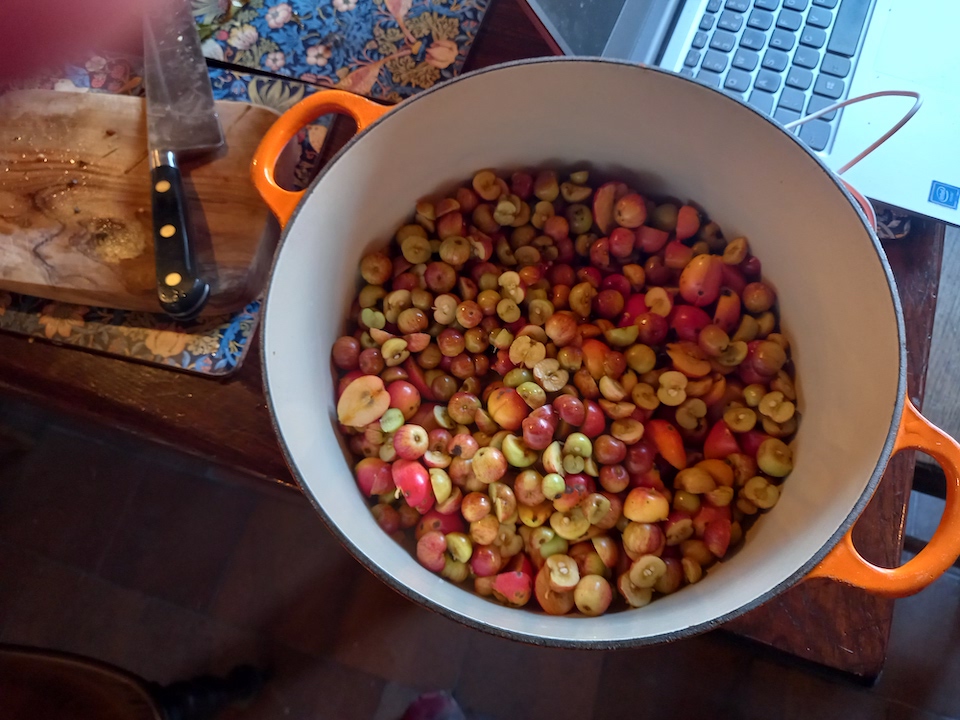 When they were cooked to a mush, I left them to strain overnight and then squeezed the muslin bag to get as much liquid as possible. To that was added some lemon juice and too much sugar and boiled again. As it cooled it started to set and what emerged was enough for one and a half jars. 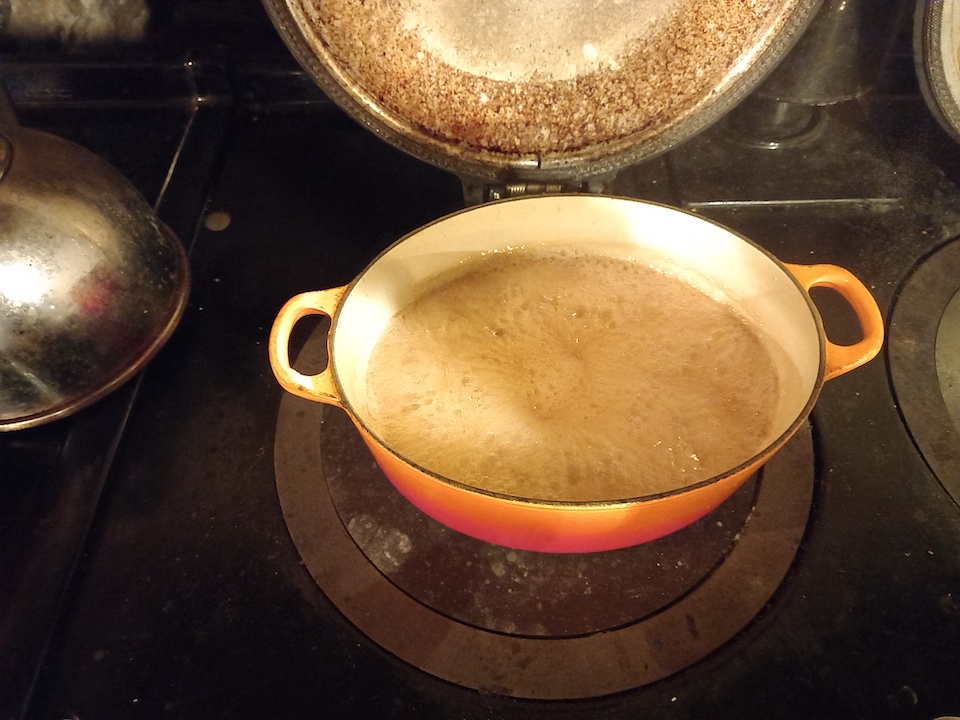 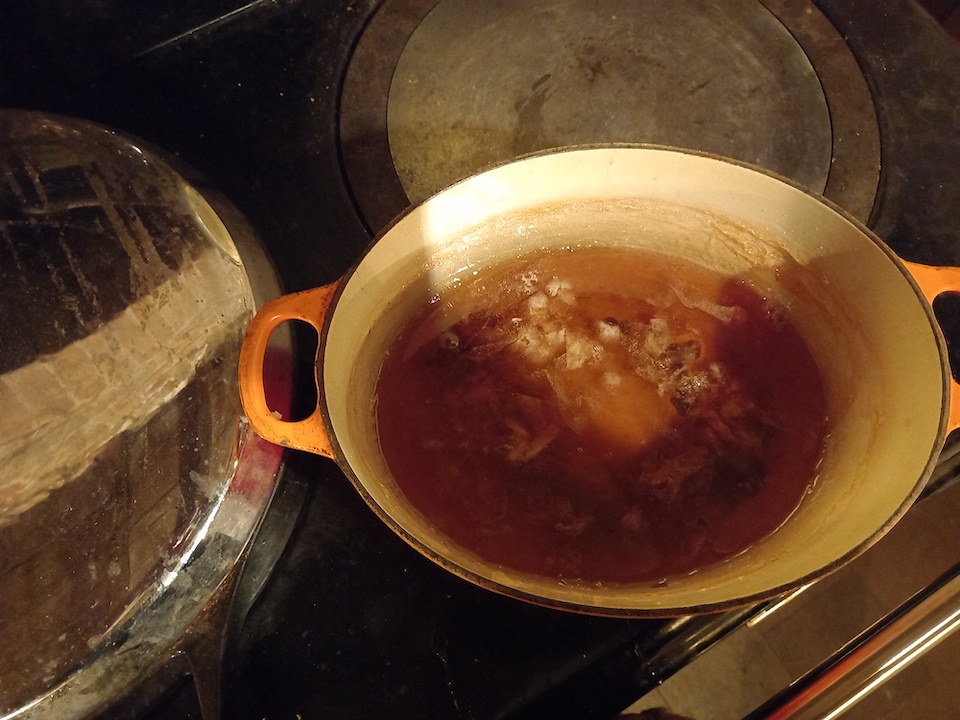 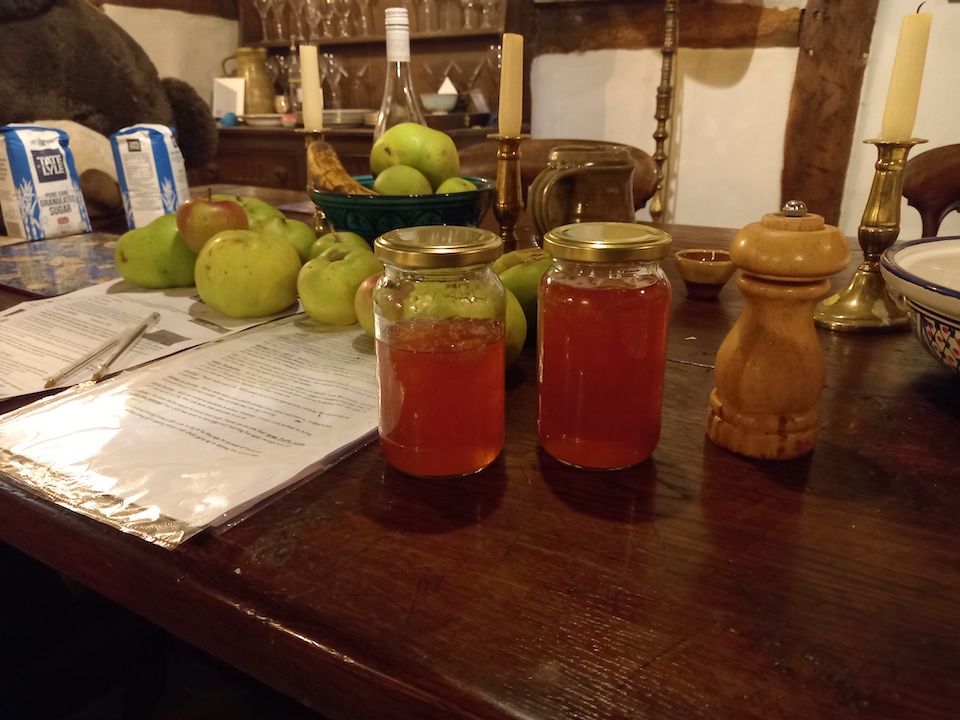 The Mrs says she is not big on this sort of thing. But then, something she admitted to me five years into our relationship, she does not like game birds. I used to bring a brace of pheasants back from Shipston every time I made an Autumn trip to my Dad and thought it was such a treat. But you can also use crabapple jelly with lamb or pork so when it fully sets and matures in about six weeks it will have a use.