Ha-Ha again, another photo article from the Welsh Hovel

On the side of the new raised lawn and Ha Ha at the Welsh Hovel which faces the River Dee, the grass is now almost three weeks old and the slope looks even greener than when I showed you pictures last week. But now, something of a miracle, that is to say a couple of days of dry weather here in Wales, has allowed us to almost complete the works as you can see below.

So we now approach the back of the barns on the non river side. The chap, J, doing the pointing has now finished the Ha Ha side of the barns and is swinging round the corner at this end. Where he is working now is a large L shaped barn which is where the goats will be. At the end further from the Ha Ha will be the chicken house. On the left hand side is the huge sandstone cliff on top of which is my strawberry patch and which on the far side is where, pro tem, the badgers live. Before some nutter reports me to the poltroons at the Badger Trust again, we are not disturbing the vile, disease-ridden, vermin but I just sense when goats arrive in the field next to their homes they will voluntarily decamp.

As you can see, we are clawing away earth which, I fear, contains large amounts of broken glass, away from the rock on this side so as to expose the original rock. Photo three shows the now exposed rock of badger hill on your left and the gully between it and the new lawn. All of that has now been seeded. At the end, we have introduced a little rise to meet the actual Ha-Ha wall which should ensure that, in even the worst of flood years, no water gets into the gully from a swollen river.

As you can see, the top of the lawn is now flat. After this photo, it enjoyed one more rolling from a tractor-pulled roller and was then seeded. So, with God having given it a light watering overnight, one might hope to see green shoots by October. The final photo is of the edge closest to the barns. It is not yet finished and we need to build into it some stone steps and some brick steps to the barn door as well as seeding the path behind the barns. So there are a couple more days of work but then le projet grand for 2021 is complete. By April next year, it will have enjoyed its first cut and croquet hoops can be planted ready for the summer.

The next photos, when the grass makes this a glorious green, will be from all angles and will be dedicated to whichever neighbour reported my work to Wrexham Council and Natural Resources Wales and to the snivelling, spinless, buffoon of a Tory Councillor who felt it his duty to spy on our labours. At some point, there might be a recognition from the snitchers and curtain twitchers of the vast amounts of pollutants we have removed from the local eco-system, the enhancements we have made to water drainage and of what an object of beauty has been created. 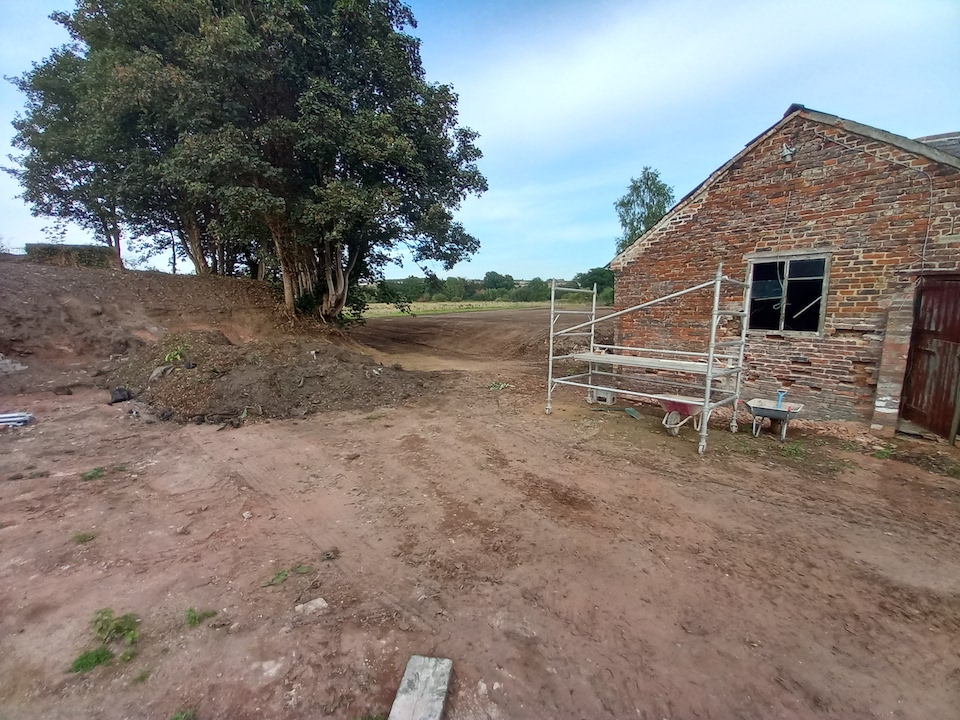 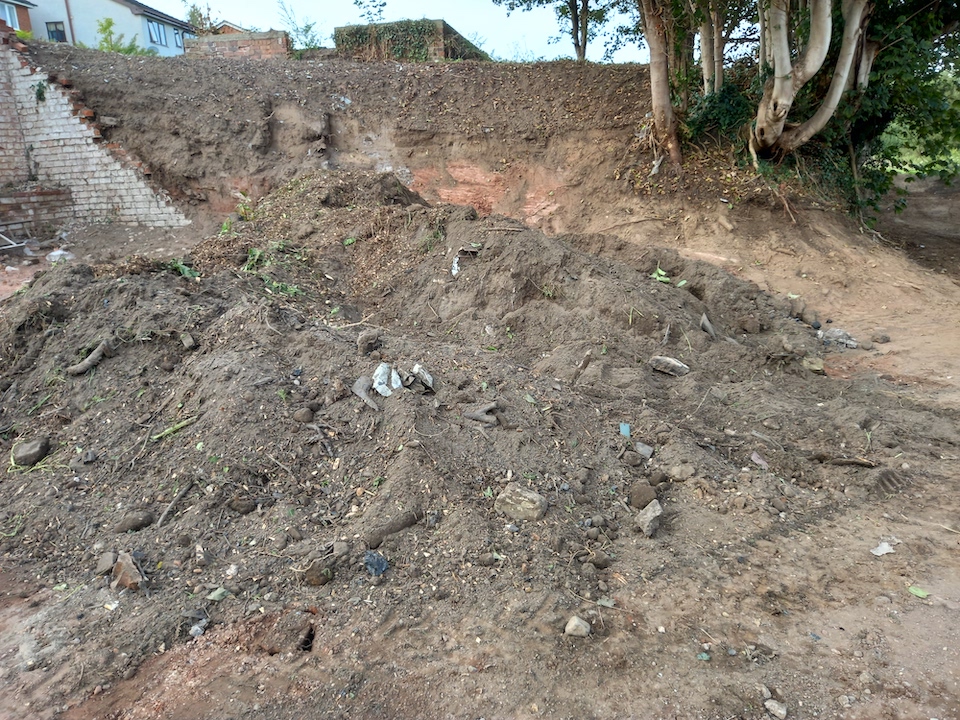 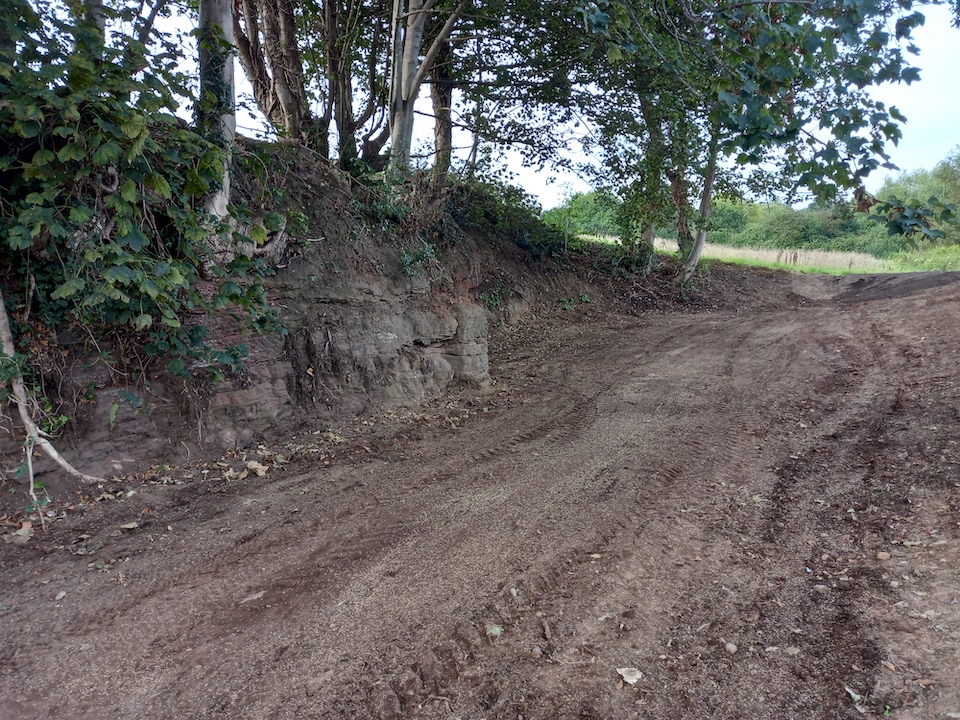 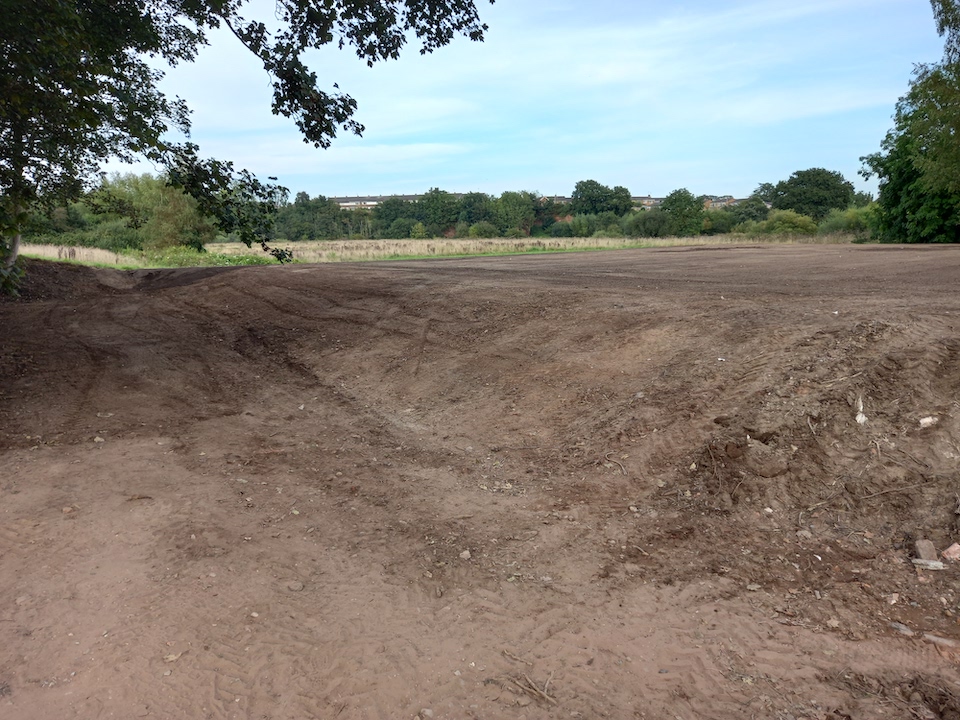 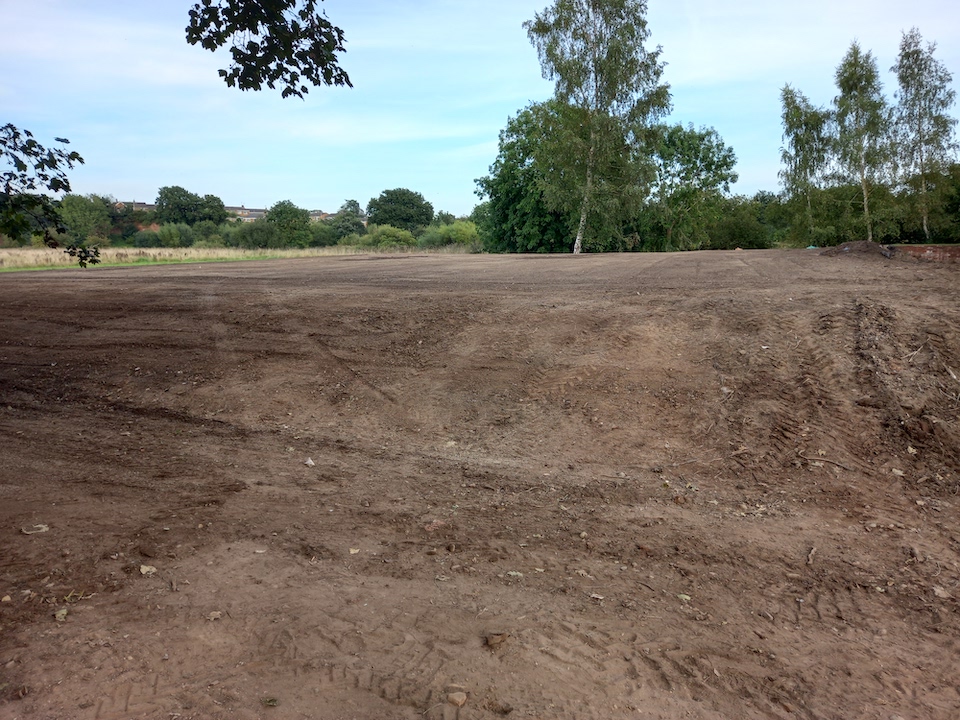 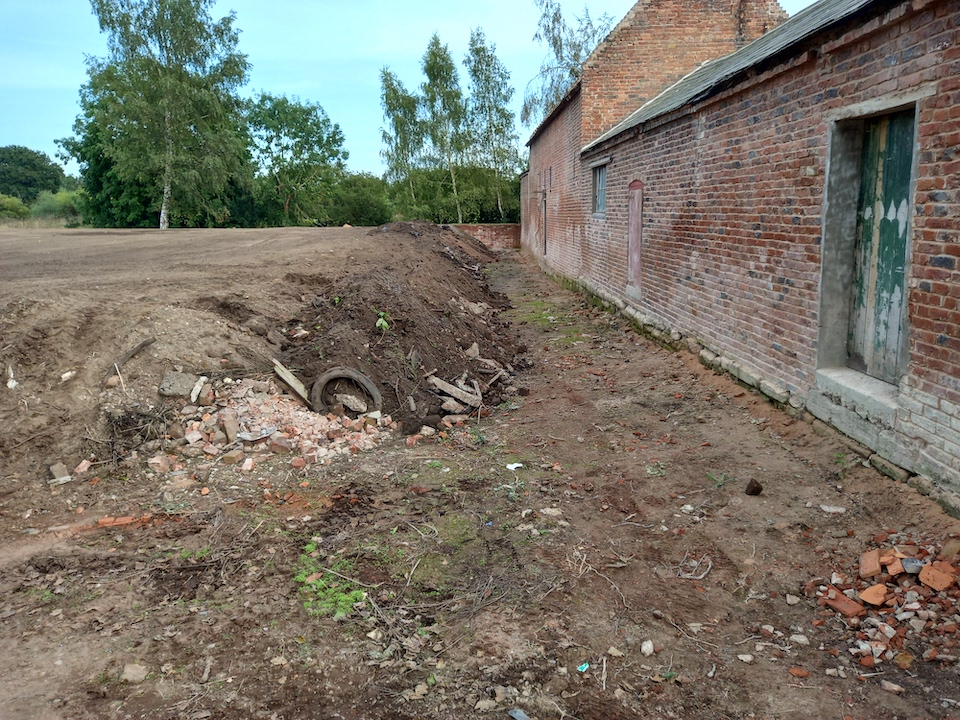