Photo article: And so a woman stops her car in the village to scream at me...

No this was not the teenage mutant snitcher queen Abi Lancelotte or one of the Holt village mask jihadists for I was wandering back from the school drop off which, though in the open air, sees most parents mask up as they enter the playground. Natch, I do not.

Nope it was a younger lady who stopped her motor and wound down her window to scream out “I love your T-shirt, I really do!”

The Mrs does not mind me wearing today’s T-shirt which is overtly political and in American everyone would understand, because she assumes that almost nobody in the village, outside of this family, would comprehend the Let’s Go Brandon phenomenon, which I have explained here. And it is certainly better than my “Hillary for Prison 2016” T-shirt which most folks get. If one has to find one fault in Donald Trump’s first term as President, which I hope he can correct from when he wins in 2024, it really was the failure to “lock her up!”

Anyhow, I have one fan of my new sartorial elegance which you can see below 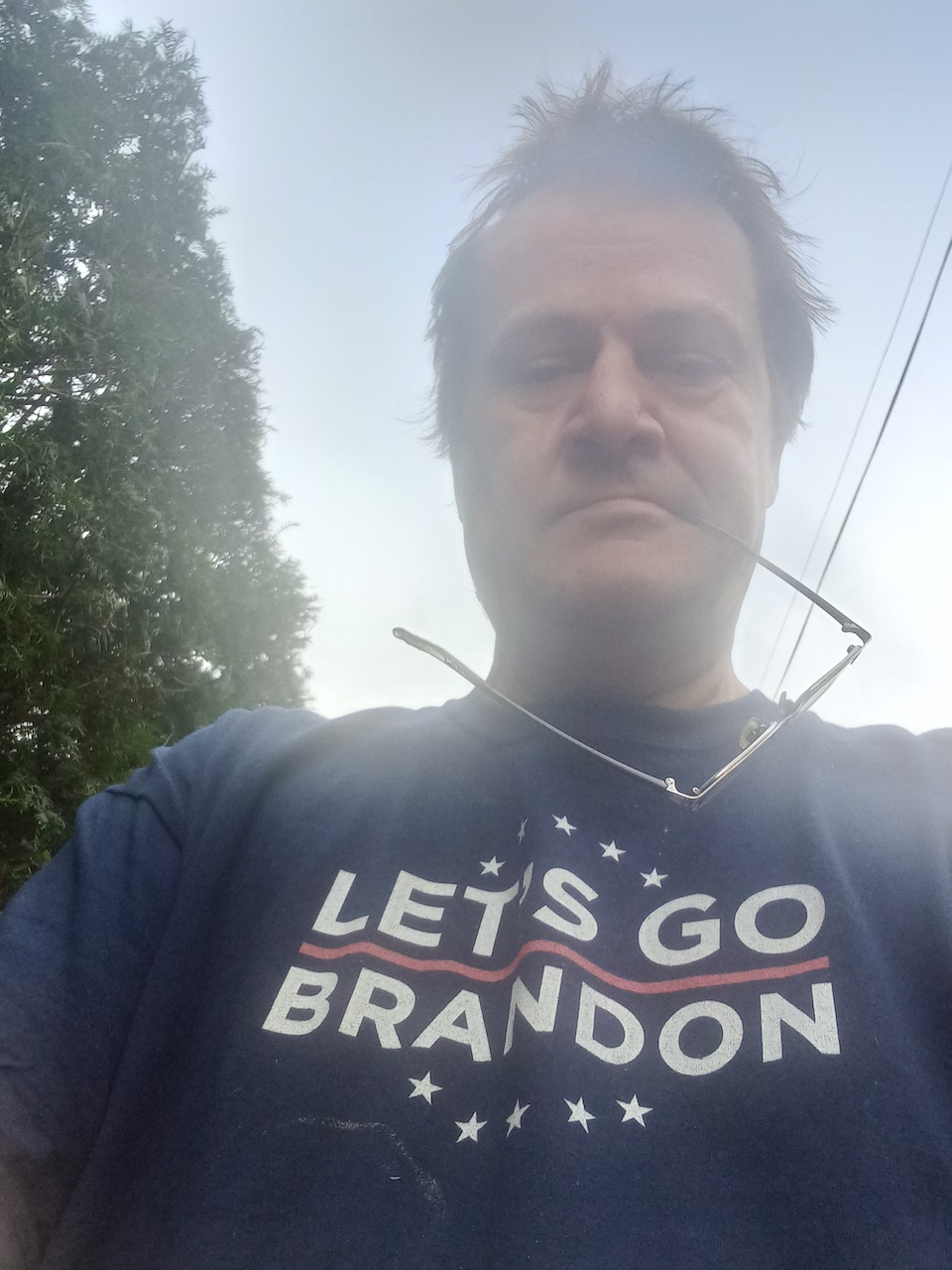