Photo Article from the Welsh Hovel: the prop forward turns one

My daughter Jayarani is already one. Her birthday was yesterday, not that she really noticed. So I took biscuits to the young mum’s group but, not being allowed sugar, she had none. In the evening her brother went to somebody else’s birthday party but after that, supper and presents. As you can see below she is modelling one, a Welsh Rugby top.

Jaya has a good appetite and is a well built young lady so is known as the prop forward. Hece the number on her shirt is 1, her age but also her position. Her mother does not understand the joke and nor does Jaya but there is no shame in being in the front row. That was where Jaya’s dad played after all. 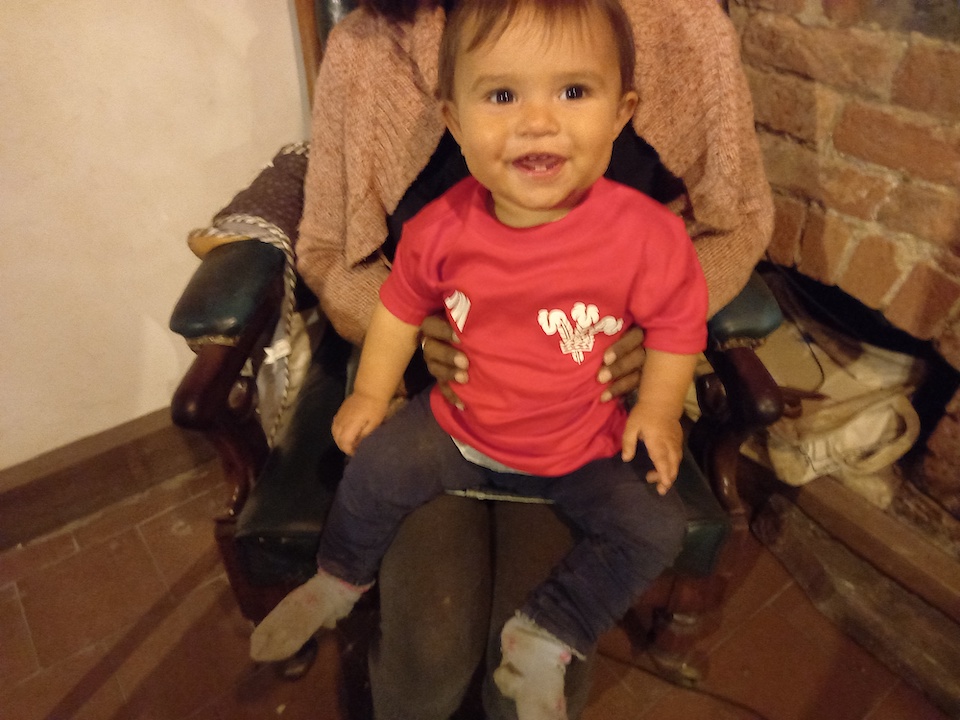 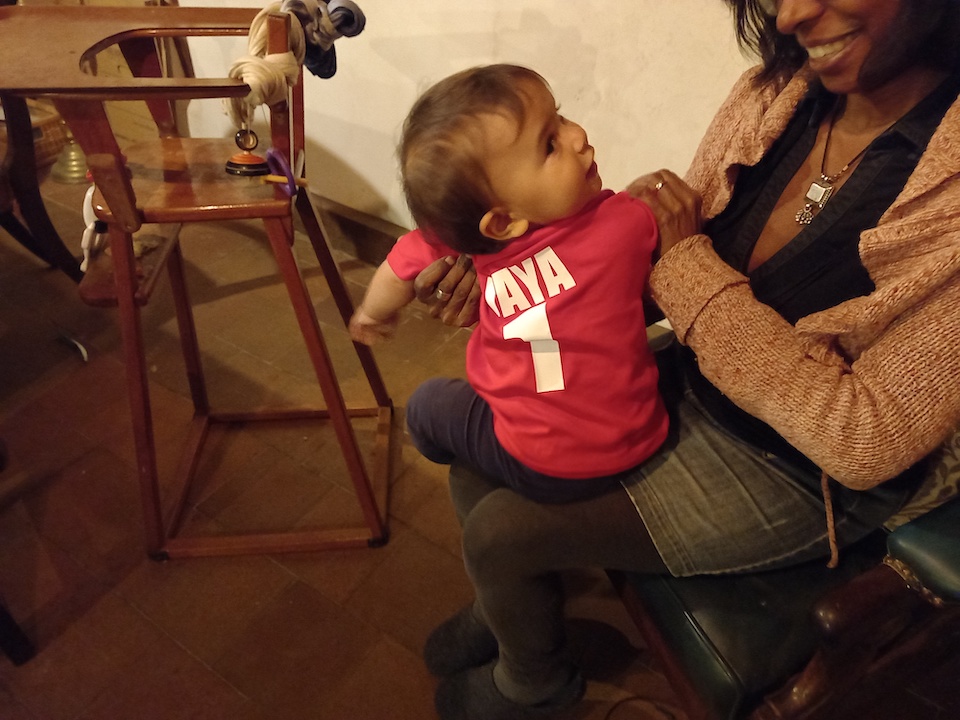 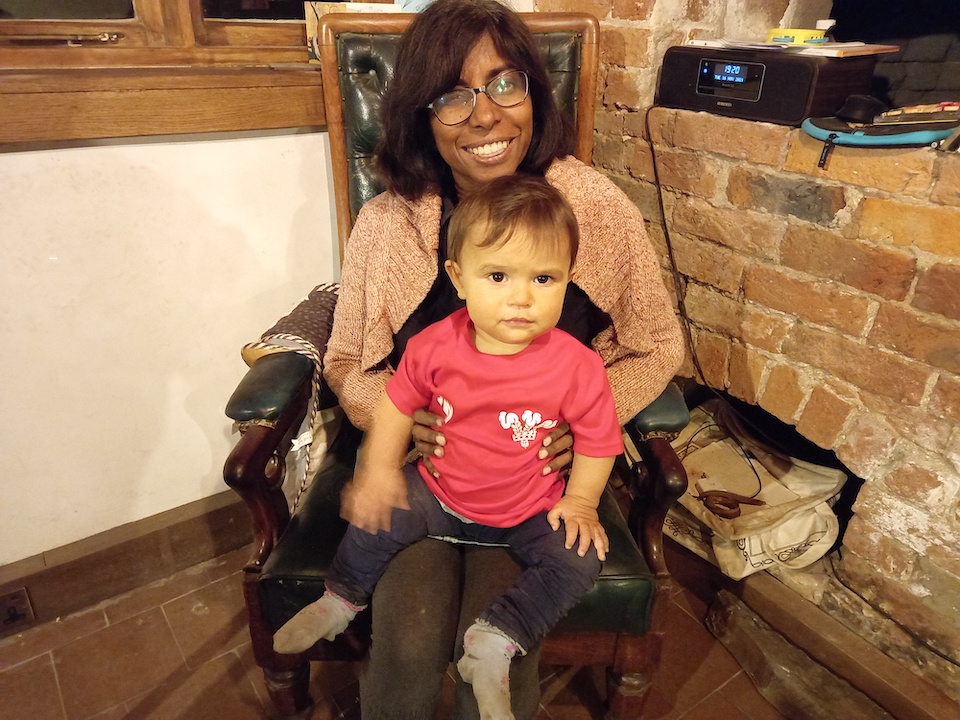