And the award for the worst expert Covid forecast goes to BBC, Guardian and C4 News darling Devi Sridhar

There is intense competition for this award with Professor Neil “pantsdown” Ferguson nominated for several spectacularly bad expert predictions. But the winner goes to the Indian American born head of Public Health at Edinburgh University, Dr Devi Sridhar. The media loves her as she ticks all the diversity boxes and her recommendations invariably focus on more state intervention, economic destruction and erosion of civil liberties. But her forecasting?  My cats could do better. What follows, an op. ed. in the wretched Guardian , is a world beater.

On 22 October 2021 Devi warned the UK, England specifically run by those evil Tories, had to tighten up covid controls or case numbers would rocket. She hailed as an example of what to do what the Krauts were up to.

Will this stop her being wheeled out in future by the Guardian, BBC and Channel 4 News to give her expert view that we should close down the British economy as fast as possible? No. Will she be challenged by the media on why anyone would believe a forecaster who can get it so completely wrong? Er. No. The Ministry of Truth reckons Devi is still very much a go to expert and anyone who challenges that view really does not believe in diversity in academia or the media at all.

It’s obviously racist to point out how useless Devi is at covid forecasting. And that is the end of the debate. The clocks have just chimed thirteen. It is time to put our masks on to stand in the open air and bang more pots and kettles to show Sajid Javid how we respect the NHS 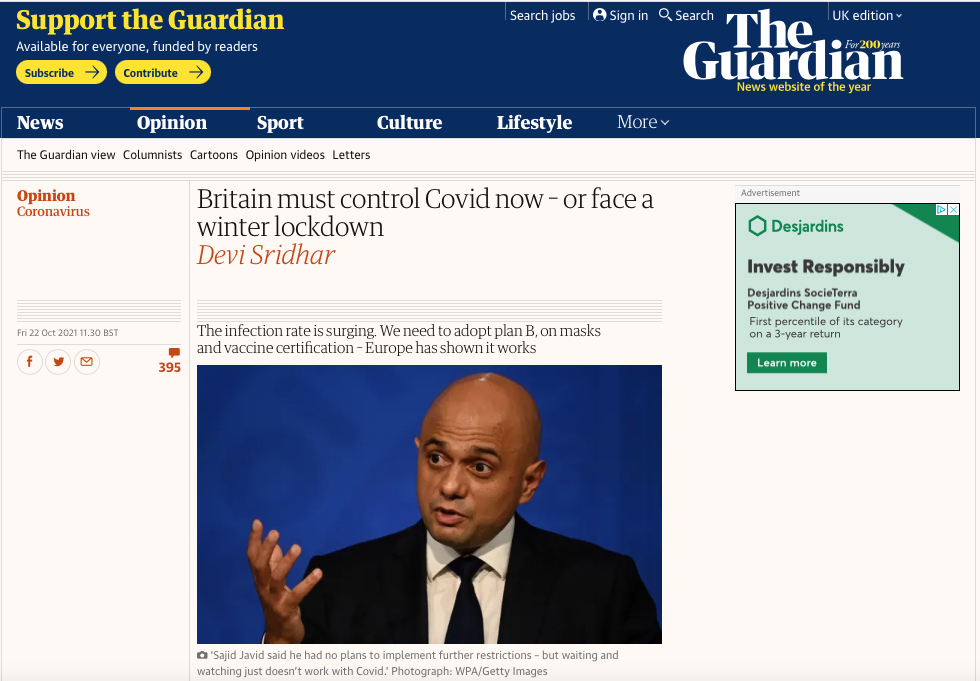