Yesterday, unlike Essex Police, I looked at the hard data on transgender murders which showed clearly that in many years nobody at all was killed in Britain for being trans and that, overall, trans folk were far less likely than the rest of us to be murdered at all. That did not stop Essex Police and others, including Jeremy Corbyn, from marking the Trans Day of Remembrance #TDOR for trans folks who had been murdered becuase of how they identified. I mocked this pointless virtue signalling by folks who should really be out there catching murderers, rapists and burglars. So how have the Essex filth reacted? With the tweet below.

Is it offensive to the hurty Police to point out how the data shows how ridiculous the TDOR is? Of course not. What is offensive is my taxes being spent on crap like this. When, as a journalist, I have received industrial scale phone harassment or death threats,the Police have refused to do anything.Yet I am meant to celebrate them spending my taxes on this?  Does the Police Force wonder for a second why it is no longer respected by so many of us? 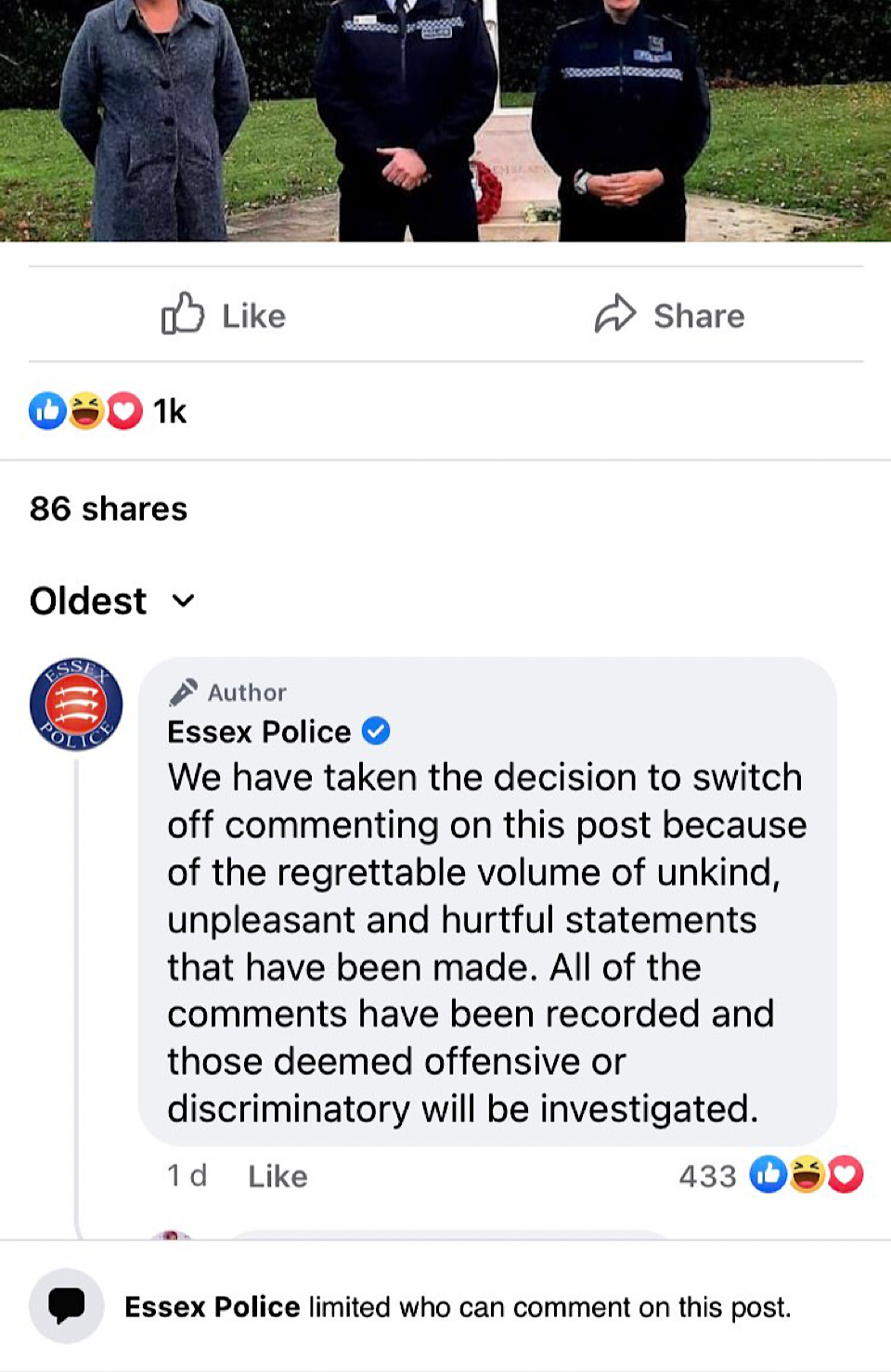