I seem to remember that, for some frightful faux pas, the comedian, Lee Hurst, has been no-platformed from various venues. His real problem is that he is not only funny, but also rather right-wing, which are the two reasons why he is never seen in the MM. Yesterday, Mr Hurst utterly nailed a woman called Evie, gender she/they, a keen mask-wearer and a lesbian.

Evie has gone all shy and locked her Twitter account, but her original tweet, worthy of Rick (pronounced with a P) in the Young Ones, pointed out she had 12 GCSEs, 4A Levels, a BA Hons (one guesses in the liberal arts), yet she had never earned more than £23,000 a year. Evie seems to think this is a scandal, and shows how the evil fucking Tories have screwed everything up.

Mre Hurst responded, as you can see below, and thus gave Radio 4 another reason never to hire him again. The way to get the BBC studio audience laughing would be to respond: “That’s the price you pay for not going to Eton, innit?” 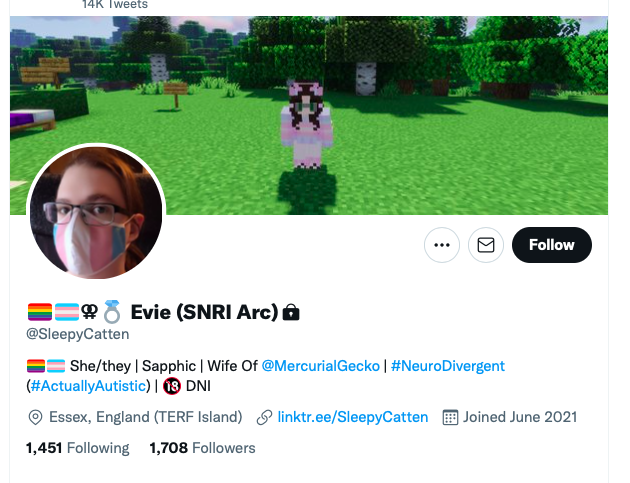 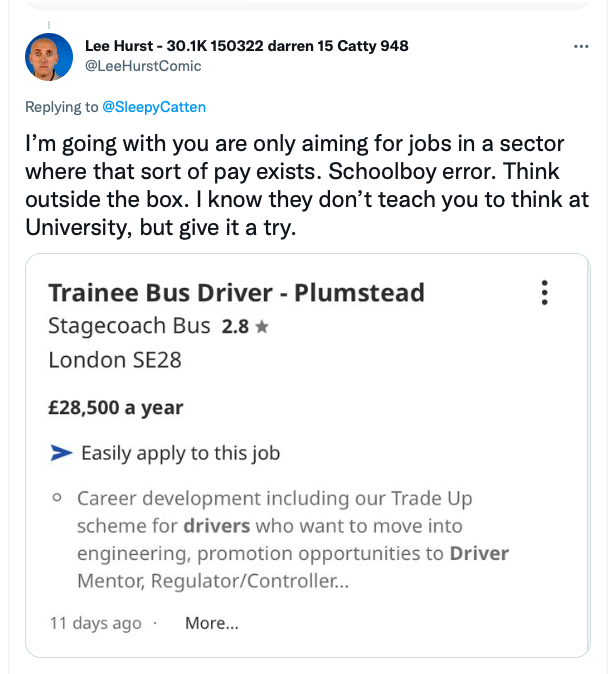