Having spent far too long checking in with ANEK, the ferry company, last night I arrived at Patras a bit later than expected after making a schoolboy error and going to the wrong port, only to find that the Check in did not actually work. So much for the e-ticket I flashed at the guard. So I had to scuttle back to the terminal, checked in manually, and drove on board.

Within 40 minutes we were underway. I saved cash by not booking a cabin and actually had a really good night’s sleep on a sofa in the bar. A fourth, okay fifth, Fix just before midnight may have helped. Outside as we slipped out of Greek waters it was still Greece. The outside bar stayed open from sailing at 5.30 to midnight. Ashtrays were on the tables and an assortment of tourists and lorry drivers sat there knocking back ouzos or beers and smoking away.

The ship’s speaker announced a number of times that mask wearing was mandatory and posters everywhere drummed in that message. The ships crew masked up but I am glad to say that 90% of those on board ignored the diktat. A few older loons muttered, usually in German, as they wore face nappies even outdoors. It is good to see that the Krauts are still good at obeying orders.

My tipple of choice is Fix, the Greek beer brought to Hellas by a Kraut in the 1830s. As Greece slipped away so did a couple of Fixes. Until December…

Post script, we will dock in Ancona in 45 minutes. Then the drive to a hotel in Burgundy begins. 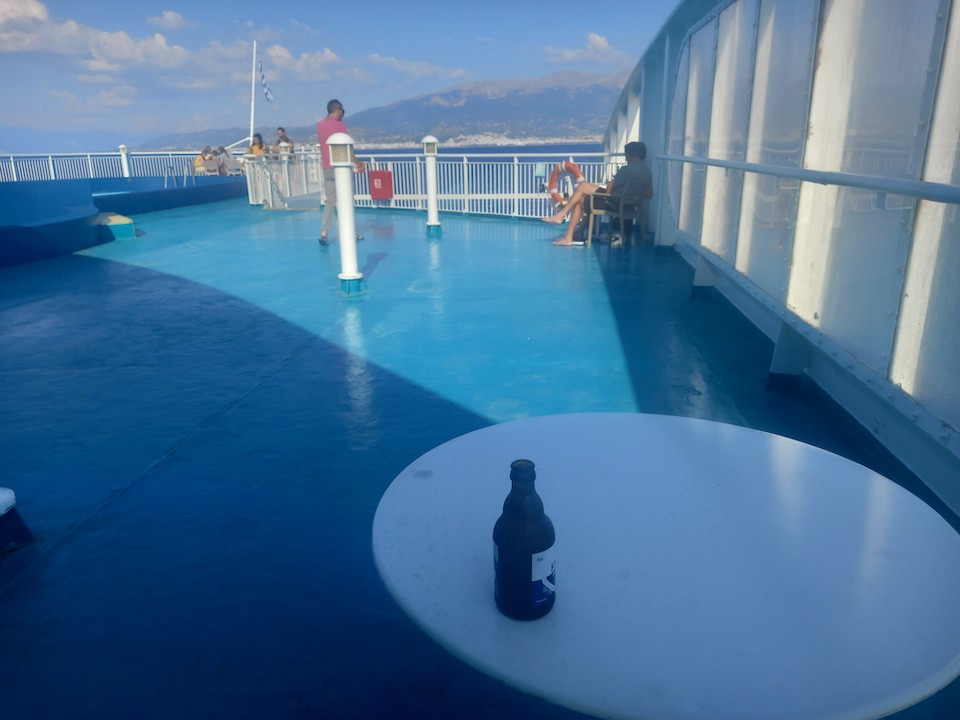