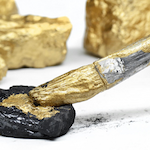 For his work campaigning for LGB rights when nobody else was and for his heroic support of free speech, Peter Tatchell is a great hero of our time. But when it comes to Maths he really should go to one of Rishi Sunak’s planned brush up classes.

In the tweet below he celebrates that the 2021 census shows that only 89.4% of us are straight and so “the straight cis gender hegemony is crumbling!” Whatever that means.

That just squeaks past 3%. But as I have noted more than once all surveys out there show that most bisexuals are either in a relationship with someone of the opposite gender or all of their relationships have been with someone of the opposite gender. Peter may wish to claim these folks identifying as bisexuals  as part of the LG army but in practice, in the bedroom, many of them appear to be very straight indeed.

So the reality is that fewer than three percent of us are practising gays, not that you would think so given the spectacular over-representation in the media, on TV, in politics and in many sports, if not men’s soccer.  But where does Saint Peter get his 10.6% not being straight number from? He achieves that by assuming that the 7.5% who refused to answer this question are all left footers.

Sixty years ago when attitudes to the gay community were pretty hostile I could see how a good many not answering might have been in the closet. But in 2021 the LGBT community is everywhere and my instinct is that most of the 7.5% were straights saying “Oh FFS not this again”.  But let’s be statistically fair and just redistribute the 7.5% as most pollsters do. That would still leave Tach struggling at just over 3% gay as opposed to c97% straight.

When the gay community has never had greater opportunity and is outperforming we straights in so many areas why would Tatchell be overstating its reach in such a clumsy manner?

As for those who claim to be transgender. Judging by the fuss this community has created you would have thought there were millions of them. In fact it is just 262,000 ( c0.4%) who say that their gender identity was different from their sex registered at birth. And how many of them have actually done something about it, as opposed to just posing as a Cambridge student might?

Never have so few achieved so much by pretending to be so many. 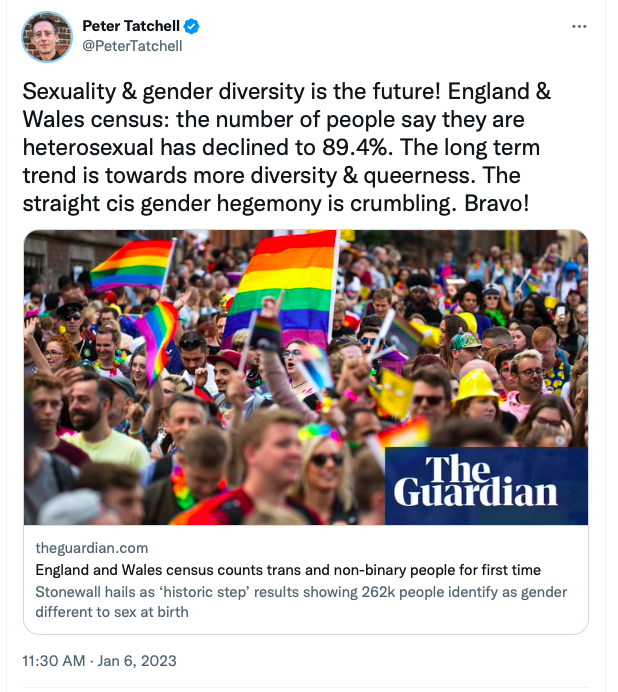