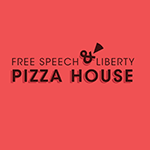 The jihadists of the QPPSAG and other frauds and morons have waged war against me, this website and especially our cracking Clerkenwell restaurant for 2 years as we expose crime and dishonesty in the City. Today we accelerate the fight back against the free speech deniers as the restaurant gets a makeover.

We all support free speech don’t we? But how far will you go in its defence? The staff at this restaurant know that defending free speech with words is easy but when you are in the firing line it can be rather harder.

During the past three years I have received more than 75 lawyers letters from a range of listed companies threatening me for what I have written on this website which I run with veteran Canadian journalist Darren Atwater demanding that I desist.  I have not withdrawn one allegation or article.

In the first month of 2015, three companies that I have attacked have gone bust or seen trading in their shares suspended. Over the past year I have ended the PLC careers of more than half a dozen individuals and there are more to come. Good riddance to the crony capitalists!

Only one company (Sefton, run by JimmyLiar Ellerton) has upped the ante from bullying to taking full legal action. Its chairman was fired in disgrace and it ended up paying us costs.

I have also received three death threats in the past year which you can see on the walls at the Free Speech & Liberty Pizza House ( as well as a selection of letters from bully boy lawyers including Schillings, Pinsent Masons and Memery Crystal) , we have received dog shit in the post and the staff at one City investment bank have publicly threatened to beat me up for what I wrote about the way they ripped off investors by floating fraudulent companies. I responded by going to film a video outside the bank’s Christmas party which you can see here.

The most venomous reaction has been from some shareholders in some of the Companies that I have exposed. Staff at the restaurant have seen stalkers appear here and have suffered numerous abusive phone calls.

There has been a campaign to discredit this place by posting bogus reviews on Tripadvisor with those responsible then taking to stock chat rooms to boast of their actions. This has been pointed out to Tripadvisor but it has refused to remove these bogus posts or to allow us to respond.

Morons like Harriet Dennis at the Telegraph have assisted this campaign by publicising those reviews. Some journalists are part of the crony capitalist system and just do not understand why everyone in our industry should fight tooth and nail for free speech. These bogus reviews mean that our restaurant has a dire Tripadvisor rating.

The staff at the Free Speech & Liberty Pizza House know that on numerous occasions those who do not support free speech and a free press have threatened to disrupt events here which I am attending.  During a difficult couple of years they have not flinched and neither have Darren or myself.

We not only believe completely in the principle of free speech we understand that fighting for it comes with consequences. But it is a fight that we intend to continue.

If you enjoy great food, interesting wall art and support free speech and are in the Clerkenwell area we hope to see you soon at what remains a very popular local restaurant loved by a growing army of customers.