Can I be a victim too? Virtue signalling is such fun as I suffer a hate crime at Gatwick 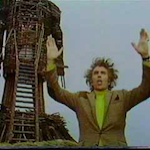 I was wandering towards passport control from where my Easyjet flight from Kalamata had landed, that is to say bloody miles from anywhere, when I heard a woman's voice behind me. "Welcome to bloody Brexit land" she said sneeringly and loudly. Quick as a flash, I said equally loudly "Or as we call it these days, the newly free and independent United Kingdom."

She scoffed and expressed surprise that she had met someone who supported Brexit. I pointed out that we had voted for Brexit in a referendum last year so there were an awful lot of people like me. She scoffed again, and displaying a grasp of arithmetic of which Diane Abbott would be proud said "Only 51% voted for it, it was a minority".

As one of the 52%, which is like 51% a majority, it was hard to know how to counter that remark but I had no need to, as the woman was keen not to let me interrupt her monologue and continued "I know how you people think as I worked here for several years." I did not question her deep understanding of the British national psyche but decided that I would virtue signal and so said "and how much we enjoy folks like you coming from Europe to work hard in Britain. You are so welcome." I said this in a genuine way and I meant it. I was enjoying being welcoming and also showing how bloody virtuous I was.

The woman snapped back "well enjoy being an isolated island cut off from Europe." I countered with "we will be great global citizens ( bonus marks for that PC phraseology) and trade with the growing economies around the world, India, China , the USA not just the ageing economic zombie that is Europe" Ouch. The woman's partner butted in "you will sell weapons to Turkey so it can attack Greece where we come from."

I am pretty sure that supplying weapons to Turkey is not a mainstay of Britain's manufacturing base and there is no evidence that Turkey is about to attack its fellow NATO member in Greece. But I was not sure that countering untruths with facts was working so I told the chap "I have a house in Greece, I live there, Britain is not going to arm an invasion."

By this time we were almost at passport control and the queue was bunching up. The woman snapped "We don't want you in Greece, we want you to get out." She did not quite say "Go back where you came from" but she had more or less said it. I could not resist.

"Racist!" I shouted. "You are a racist". I repeated this several times loudly enough for all the folks around us to hear. The boyfriend tried to butt in "what she said was not racist it was xenophobic." I think that he might technically be accurate but we virtue signallers do not care about minor details. I was on a roll. I shouted "you are a racist" at her and, as I very loudly said the words "hate crime," I turned my back, visibly shaking my head. She went quiet.

By this time the fuzz at the UK border were just yards away. I did think about reporting the poor bubble for hate crime there and then. London's Mayor says we must report all incidents and since I had been offended by her comments this was clearly a hate crime as defined in Orwellian 2017 Airstrip One. But I was in a rush to head off to see my father so I contented myself with turning round a couple of times and staring at her shaking my head and engaging in a spot more virtue signalling.

I told the Mrs that I had been a victim of hate crime at Gatwick Airport. She seemed unconvinced. Guardianistas like the Mrs think that straight, white, affluent, able bodied, middle aged men cannot be a victim of hate crime. She does not understand. If I was thirty years younger I would go light a candle and add a twibbon to my twitter account as I tweet to myself and I rush to a counsellor who will help me cope with this most traumatic of incidents.

The key point here as a virtue signaller is to point out that this story is all about me and that I am a real victim. Now, where do I get a counsellor?