Photo Article - back at the Greek Hovel - it is starting to look rather beautiful, but there is bad news

I headed pretty much straight from Kalamata airport up to Kambos for a Greek salad at the Korounis taverna. As i wandered in a couple of old men whose names I do not know raised their hands and said "Yas." Everyone in the village knows about the snake-phobic Englishman who lives surrounded by snakes up in the hills at Toumbia. After that it was up to the snakefields and the Greek Hovel where Gregori and his gang of Greek Albanians have really started to transform the place as you can see below. 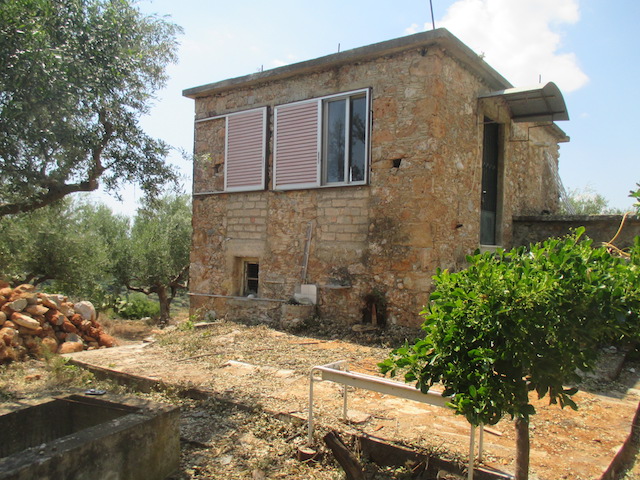 The first photo is of the house as you approach it up the garden path. The old tree which used to tower above the hovel and whose roots were gradually undermining it has gone. that exposes the ugly metals windows and the breeze blocks below them to full view but they will be gone too within the next week or so. Imagine that view with old style wooden windows and shutters painted a Greek blue and you can start to see this 100 year old house for the beauty she was once and will be again. 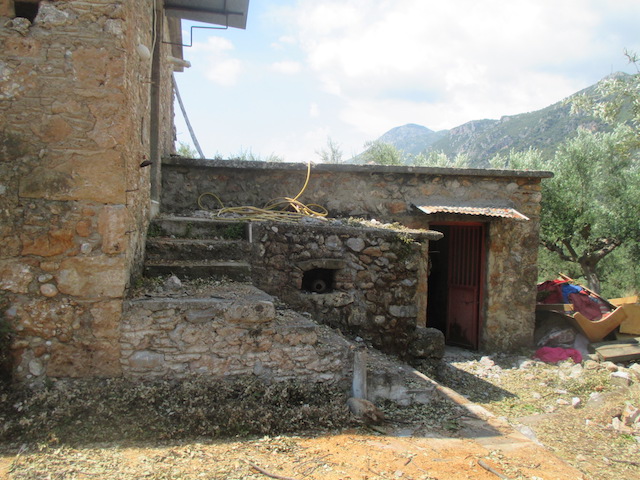 Further along this side of the house all the metal railings have been removed on the stairs up to the front door and the area above the old bread oven. Gregori, who kills snakes with his bare hands, has cleaned out that oven and declared it fit for use. That is a bonus. I must admit that in three years i have not even dared look inside for fear of what members of the wildlife diversity community I might find. 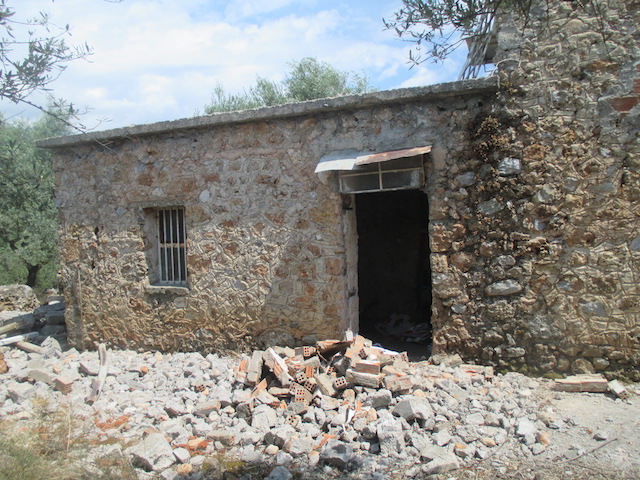 On the other side of the house, an old door which had been replaced with breeze blocks by the vile former owner Athena has been re-opened giving a second entrance to the rat room. That door will in time be filled with a wooden door linking the rat room to the new part of the house which we will add on to double its floor space. The rat room is for Joshua and will link to what will be the master bedroom. 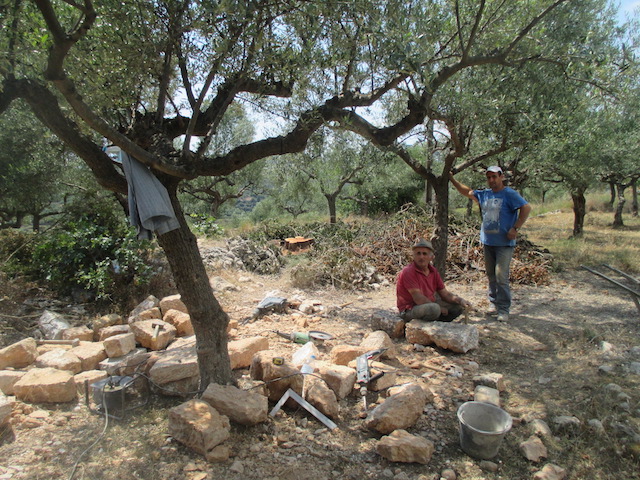 At the back of the house I found Gregori's co-workers. The older guy is actually his father in law. The work they are doing is turning boulders extracted from the digging out of the floor of the bat room into stones that can be used to build the extension. This is done by hand, the old way. It is how the stones were formed when the house was first built more than a century ago. And also when it was rebuilt after the civil war which saw the Commie burn down this place as punishment for its owners supporting, as did nearly all of Mani, the Royalist cause.

The bad news is that yet again planning permission for building as opposed to demolition has not arrived. I was told that it really would come through within four weeks. But i was told the same thing four weeks ago and four weeks before that. I arranged with architect Sofia that we would go to see the planning department in Kalamata first thing tomorrow so find out what is happening. The other bad news is that the timescale for completion has er... lengthened. There is no cost implication, although I brace myself, but instead of being ready by Christmas I am told that it will be ready within a year. I hope that is a British year not a Greek one.