The problem with this dogma is that it all too often generates logical inconsistencies but so stuck are the left in their world view that they do not see how ridiculous they look. Have a look at this photo from Gay Pride yesterday.

You will remember how Jewish gays were banned from waving a rainbow flag with a Star of David in it at Chicago Pride as it might have offended some folk? Not that anyone was offended when liberal posterboy Justin Trudeau wore his Eid socks at Gay Pride in Canada in one of the silliest bits of virtue signalling seen this year. For some reason Justin was not wearing his gay pride socks at the numerous Eid celebrations he attended. I cannot think why.

Back to London and our photo. There is, of course, no Israeli flag on the street art below. Those fucking Jews, what with the fact that homosexuality is legal in Israel even in the army; that Pride Tel Aviv attracts 200,000 folk and that Israel welcomes refugees from across the Arab world who flock there because being gay is an offence punishable by death where they live. The fucking Israelis they are such homophobic bigots, shame on them all. 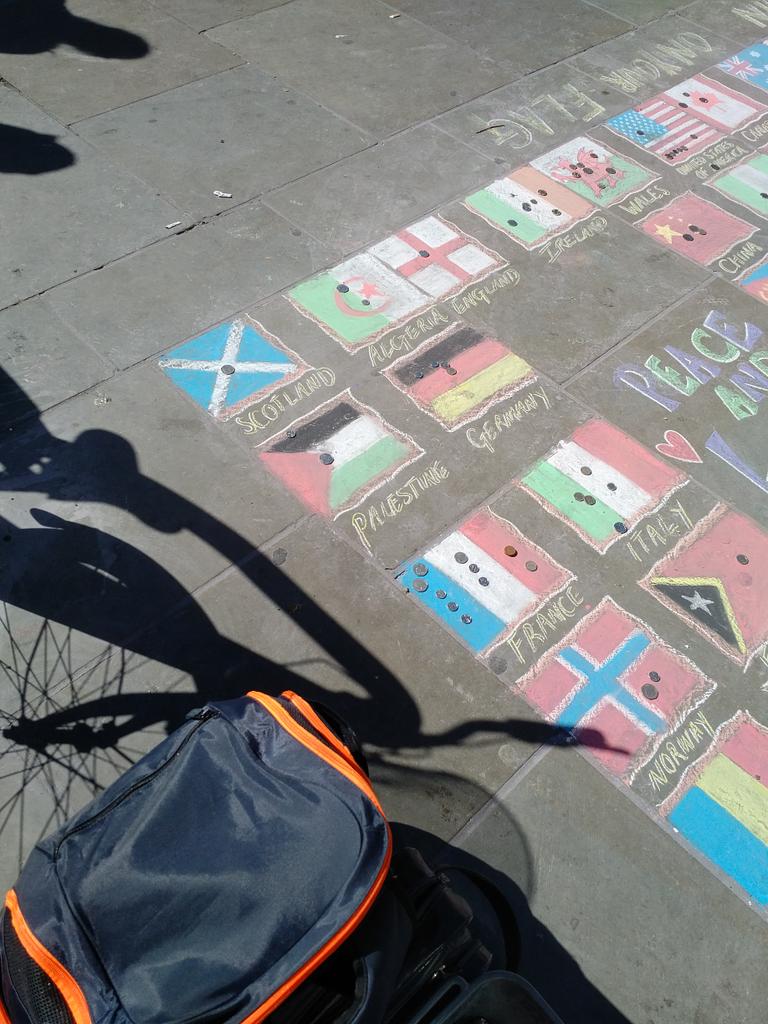 On the other hand there is a Palestinian flag. Natch those lovely folks in Gaza who can do no wrong at all should be applauded. Okay they don't have a Pride parade there and in fact they execute gays because being LGBT in Gaza is a capital offence. And thus many gay folks in Gaza are forced to claim political asylum from those evil bigoted Jews in Israel to dodge a state sponsored execution. What nice folks they are in Gaza let's fly their flag with pride.