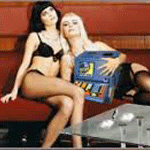 I could not bear to stay up to watch the Oscars on Sunday night. But I have already seen the BBC and the rest of the liberal media fawning over its diversity and how the millionaire liberal luvvies took it in turns to bash Trump, male harassersment, guns, Trump again, Republicans and Trump again. How drearily predictable but then #blackfrocksmatter. But there is another matter which the liberal media is not reporting on - how America is turning off from this virtue signalling in droves.

As with the NFL #TakeAknee protest, when Donald Trump finds himself at war with another batch of precious liberal millionaires, that is to say Hollywood, the media reckons it shows how out of touch POTUS has become. Au contraire. Crowds at professionnal football matches plunged last year as did TV audiences. It was clear that it was not just Donald Trump and Mike Pence who found insulting the flag offensive, so too did millions of ordinary Americans.

And so to the Oscars. The initial stats show that the TV audience fell by a massive 17% and that was from a 2017 number that was itself the lowest since 2008. We do not have final data in yet but it could well be that viewership numbers were the lowest this Century.

You may say "so what?" Perhaps it is an indication that the films in contention were not that interesting and when viewed dispassionately in a few years time, even the luvvies will admit as such. Or perhaps there is another explanation, that is to say that the liberal values that Hollywood pushes so aggressively are not those which chime with the majority of Americans. Those living hard real lives in the rust belt and the farm belt are just tired of being lectured by millionaires who aren't really qualified as experts on anything, about why their values and priorities are so wrong.

Once again this is the tale of two Americas demonstrated in full. Looking at the Italian election results, it is not just in the USA the the "little people" are saying that enough is enough and sending a big fuck you to the elites.

This article first appeared in my weekly Tomograph Newsletter. To have that mailed to you at no charge register HERE