Photo Article: It was #Lesbianvisibilityday - but what about we Jedis?

As I wake up this morning I stare out over a dark Swedish lake in the middle of a frighteningly thick forest all sleeping under leaden skies and my first thought is "I need to see more evidence of lesbians." You see I was inspired by yesterday's World Day - #Lesbianvisibilityday.

Lesbians, that is to say not my late Grandmother Lesbia, but, as I understand it in these gender confused times, those identifying as women who have sex with other folks who identify as women so quite plausibly two persons with penises but more normally not, comprise, according to the ONS, 0.7% of the female population so 0.36% of the overall UK population. Putting that in perspective, the 2001 census found 0.8% of the population of Britain identified as followers of the Jedi religion.

So you are far more likely to meet a Jedi than a lesbian in Britain today. Which is perhaps why we have #Lesbianvisibilityday because we need to make the lesbians more visible. After all it must have been at least a few hours since Claire Balding was last in a newspaper telling us once again that she was a lesbian or that Ruth Davidson who leads the Scottish Tories tell us that she too was part of the 0.36%. Ellen Degeneres, who apparently was once a comedian, before her full time job become telling us that she was a lesbian once an hour, will be on your TV screens very soon, as she is every day, to tell us that she is a lesbian. Every British soap has at least one lesbian in order - it seems - not to reflect society as a whole..

Yes the 0.36% are indeed almost invisible. Unlike those Jedis who are fecking everywhere in the media and public life. Meanwhile this photo was tweeted yesterday to celebrate #Lesbianvisibilityday. Talk about self obsessed. What a world we live in. 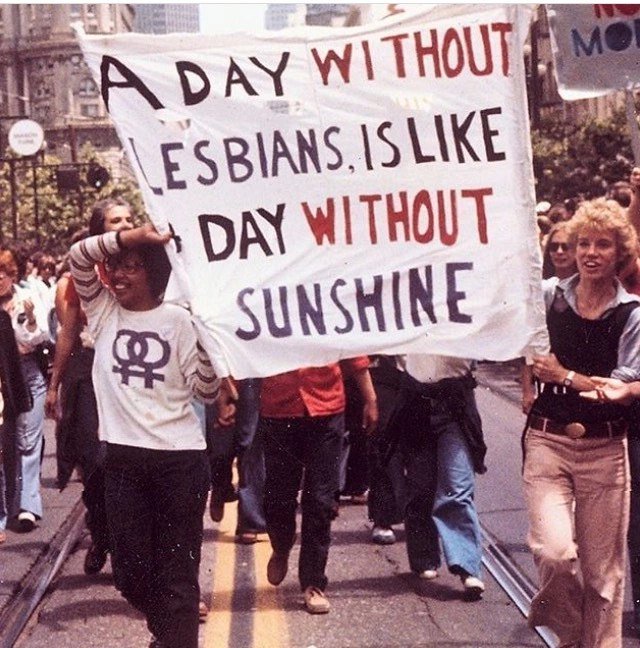