The Syrian Kurds saved after betrayal by the West: Putin and Assad the good guys, told y’all 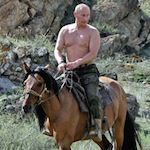 For almost a decade the Western media and our political leaders have told us all that Syria is simple. ISIS are the really bad guys but Preseident Assad is almost as wicked.  We have been spoon fed tales of the bad things he has done even if the evidence of some of his “chemical attacks” was very dubious indeed.  We have backed the heroic Kurds (clearly good guys and gals) and also those termed “The Moderates” by David Cameron, the Free Syrian Army, the FSA.

Those of us, like myself or the great Peter Hitchens, who have pointed out that the FSA are Islamofascist “ISIS light” scum who behead women and children, chuck folks off tall buildings for just being the wrong religion or for being gay or for working for the Post Office have been tarred as apologists for evil. We are not allowed to say that before this Western inspired war the Assad regime was, outside of Israel, one of, if not the, most tolerant and unoppressive in the region. Okay it’s a low bar but in Syria under Assad women could wear what they wanted, our fellow Christians could worship without facing execution and it did not matter if you were Shia or Sunni or a Kurd.

But we in the West ignored all this as we toadied up to our regional allies, the fascist hardline Sunnis of Saudi Arabia and Turkey and backed the wrong side. Thankfully President Putin called it right and team Assad has gradually regained control of most of Syria. And guess what? When Assad is back in charge of an area the population goes up. Refugees go home.  Oddly the Western politicians and media fail to explain that away, they just do not report it.

And so last weekend we betrayed the kurds and Turkish planes and tanks provided cover for FSA fighters to invade Kurdish controlled Syria. Civilians have been slaughtered, journalists attacked, folks beheaded with the images appearing on new media.  Luckily in a deal brokered by Putin, President Assad is moving is forces up to the border.  The Kurds, it seems would rather live with some autonomy under Assad than be butchered by our “allies”.

The scale of the betrayal lead by President Trump is staggering. The heroes of the day are clearly Presidents Putin and Assad as the West dithers and sits on the sidelines watching its former allies get butchered. So just how will our leaders explain away not only the current position but almost a decade of cheerleading for folks who are clearly the wrong team?

Some of my own writings on Syria since 2012 are HERE