So the NHS is short of cash - so please explain to me Olivia Butterworth, Head of Public Participation

Those poor nurses. Hospitals with not enough PPE. Underpaid doctors on 100 grand a year. The poor NHS and those wicked fucking Tories starving it of cash… Meet Olivia Butterworth.

I bet she earns a fair old whack as Head of Public Participation NHS England. What you may ask does her, vital, job entail. As you can see below, it seems to involve sending out tweets accusing the evil Tories of trying to roll back LGBT Rights. If course they are not. The party that legalised gay marriage is doing no such thing but why not indulge in a spot of taxpayer funded #fakenews Tory bashing? The tweets continue in a similar vein. Today she is pushing a tweet  “Lets get #NHSVirtualPride tranding.

Liv, sweetest, whatever floats your boat. But we are constantly being told the NHS faces a cash crisis. My guess is that most of us would like to see more resource pushed into treating cancer, diabetes, HIV and other ailments so that the NHS can do what it was set up to do, actually make sick people better. Can the NHS really justify spending any money on someone like you who uses her position to promote #fakenews about the Government and to promote matters which are just not as important as front line healthcare, saving lives? 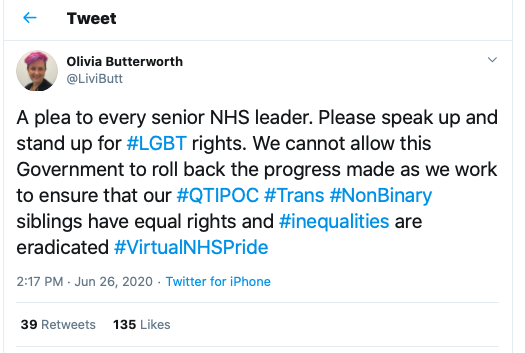 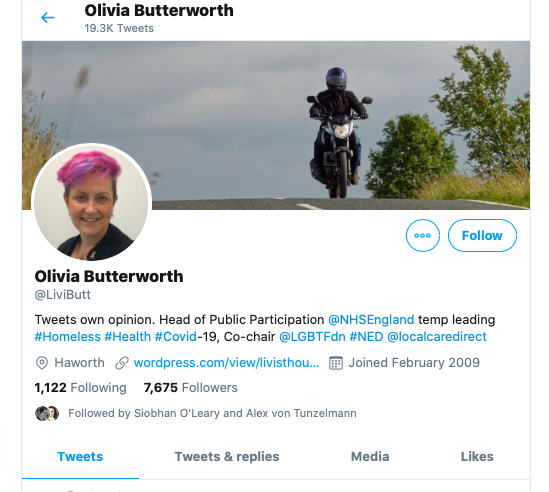 Photo article: how to bribe Joshua to go visit his Grandfather

My father has a very large strawberry bed and that, plus the extreme likelihood that my father’s carer E will have lots of chocolate to hand out, is enough to encourage my son to join me on a road trip to Shipston. Do not tell the lockdown jihadis in the Welsh Government but we broke through the border two days ago.

Tom Winnifrith Bearcast - I apologise to the FCA

Why is the Government breaking its own rules to bail out Versarien?