What is the army for? WokeTory MP for Wrexham, Sarah Atherton, yanks my chain again

The army is there so that if our nation is threatened, they can go and kill the bad guys. I don’t care who is in the army, just so long as they are folks who I can rely on to go and kill bad people. That is why we have an army. It is not there as a decorative force to mirror society. Only fruitcakes on the left worry about quotas. Do we really need 0.2% of soldiers to be transgender and 2% to be LGBT? Or do the gays not matter in this game and we should only focus on women soldiers and those from ethnic minority backgrounds?  And why pick on the army and not other public sector bodies? Surely we have a right to know how many gay and lesbian dustbin operatives there are? From what I gather, that sector is mostly entirely male. Why is that? Where is the gender equality in dustbins?

We traditional Tories just want our bins emptied, something – as it happens – my local council in Wrexham has failed to do for almost a month. And I want to know that if the IRA start up again, we can send soldiers to go and kill the bastards. But it seems that the Tory Party here in Wrexham, thanks to our new MP Sarah Atherton, thinks rather differently about life. Whatever… maybe this is what will keep those “red wall” seats voting Tory becuase this is what folks here in Wrexham really care about and my position just marks me out as a dinosaur. 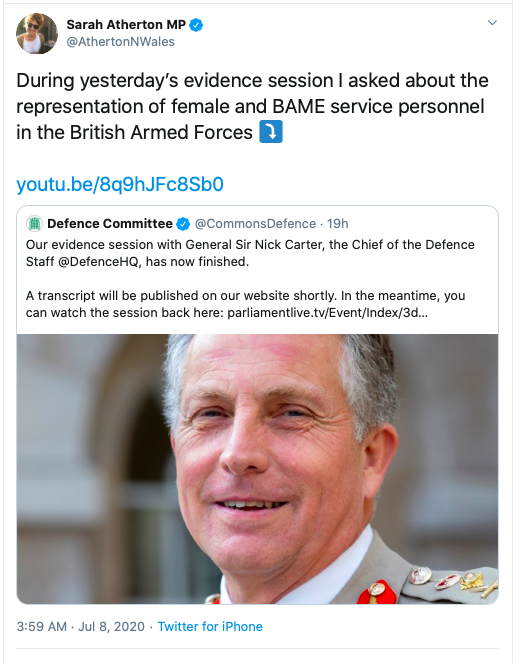