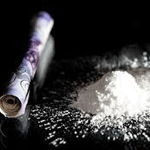 It seems as if the tax affairs and China business dealings of Joe Biden’s cokehead son Hunter are now being investigated by Federal authorities. And with Hunter admitting this, the MSM is starting to report on it. This exposes the real fraud at the heart of the US election a fraud that should terrify all of us whether we are liberals or conservatives.

The business affairs of Hunter stink. From unexplained $3.5 million payoffs from Putin allies to murky deals in China, the Ukraine and elsewhere, this clearly merits investigation. And former associates of Hunter came forward before the November 3 Election to say that Joe Biden, who swore he knew nothing, was, in fact, involved as well. Some of us reported this.

But the Mainstream Media refused to report any of this. Facebook and Twitter actively suppressed links to articles on it, Twitter taking down the entire account of the NY Post which broke the story.  The MSM, Facebook and Twitter justified their suppression by saying it was suspect of fake news even though the evidence came from emails found on Hunter’s hard drive which his lawyer accepted was his. The same media outlets had run thousands of stories on Trump and Russia with no evidence and which are now shown to be bogus.

So what’s new? Hunter has now admitted he is under investigation. So the stories were true after all, unlike all the Trump “Russiagate” ones and the Cambridge Analytica ones dreamt up by disgraced fantasist Carole Cadwalladr. Now some liberals react by saying ‘who cares we won the election so get over it.’ Others say ‘But it’s only Hunter, it is not like he was in the cabinet like Trump’s kids.’ But that is not the issue here.

As I discussed, hard polling shows that had Biden voters known about Huntergate, enough would have either not voted, voted third party or voted for Trump to swing enough marginal states to flip the electoral college for Trump. Put simply, partisan media intervention to stop folks knowing about a real news story changed the result.

The scandal here is that a liberal media did not report a real story and liberal new media actively suppressed news stories now shown to be true so stealing the election for Biden.

Some liberals seem to hate Donald Trump so much that they don’t care about an election being stolen by media fraud. I think such folks both need a lesson in basic democracy and to consider that next time the media might try to steal a vote for a candidate they do not like.