Just wait until the professional fake news driven race baiters at the BBC, Channel 4 News and David Lammy MP get hold of this! The NHS has published data showing that almost 20% of white folks have been vaccinated while the percentage of other ethnic groups is far lower. Oh no, call out the Witchfinder General of the racism industry, Mr Lammy, so that he can sniff another monstrous crime.  Of course there is a rational explanation for this which is backed up with hard data but who cares about that? This is 2021 so we must generate some more grievances and talk of inequality.

The chart at the bottom is, I admit, a bit out of date at 2011 but even in 2018, according to the ONS, the mean average age in the UK was 39. Among white folks it was 41, it was 30 for blacks, 29 for Asians and 18 for those of mixed race. Folks in my parents’ generation tended not to have mixed race marriages and thus mixed race kids, as have I. Until the 1950s there were very very few non-whites in the UK. Then immigration started slowly before accelerating from the 1970s but especially in the 80s, 90s and noughties. Those who emigrated to Britain are largely young and thus it is no shock that there are far more elderly whites than Asians or blacks as the second chart shows.

Those being vaccinated against Covid started with the most elderly. So that is why more whites have had the jab than non-whites. It really is that simple and logical and there should be no controversy about it at all. But of course there will be, as dumb journalists and those with an agenda to push just look at the raw numbers and scream of injustice. We live in a post fact era so there is no point arguing with any of them. 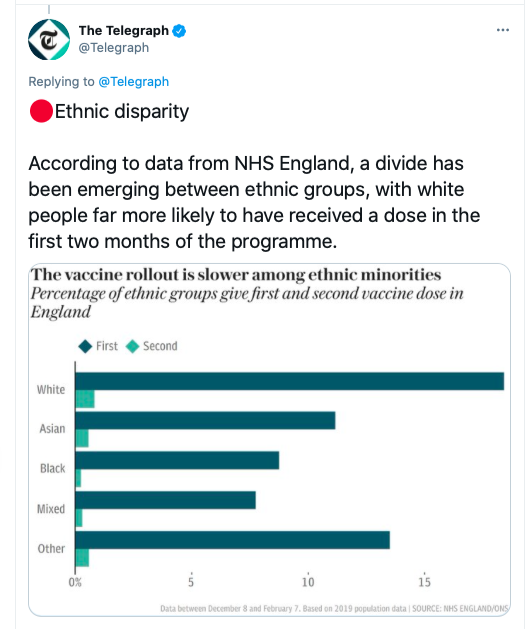 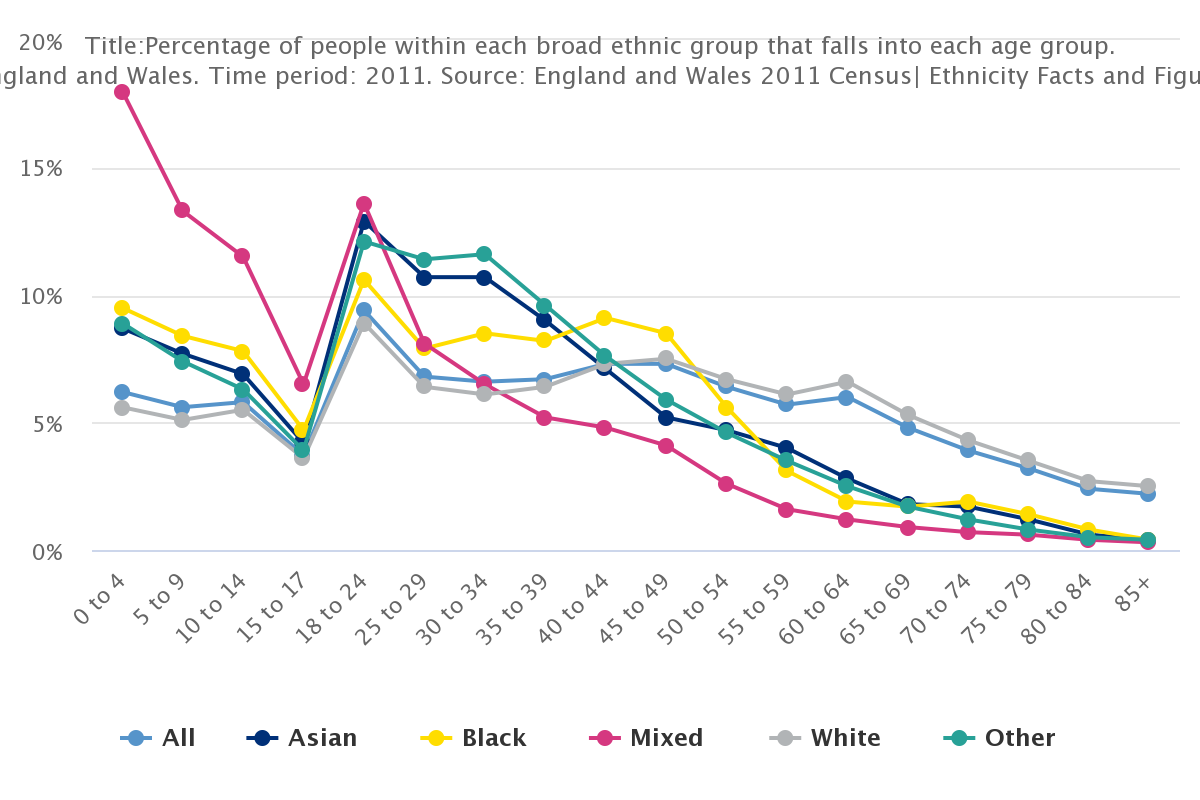