As Labour took another hammering in its Northern heartlands on Thursday I wonder where Polly Toynbee of the Guardian was watching: her multi million quid North London residence or her estates in Tuscany. Toynbee typifies those from the new left who dominate the media and the Labour party in her thoughts and in that she never mixes socially with the smelly, dirty, racist, ignorant working classes for whom she pretends to fight for but actually despises for their “thought crimes.”

The article below is from two years ago and can be found HERE – in essence it shows how the working classes, the oiks, may have voted for Brexit but will soon come around to realising that folks like La Toynbee, the experts, were right all along and will once again embrace the People’s Party.

I disagree. This is not only about Brexit. Folks like La Toynbee would never fly a Flag of St George for they are ashamed of it. The only flags Polly would fly are the Palestinian one, the LGBT one or the flag of the EU. That is her mindset. That is how Labour thinks. How the BBC and its sister paper The Guardian thinks and why folks up here in the grim Northern boonies despise the lot of them. 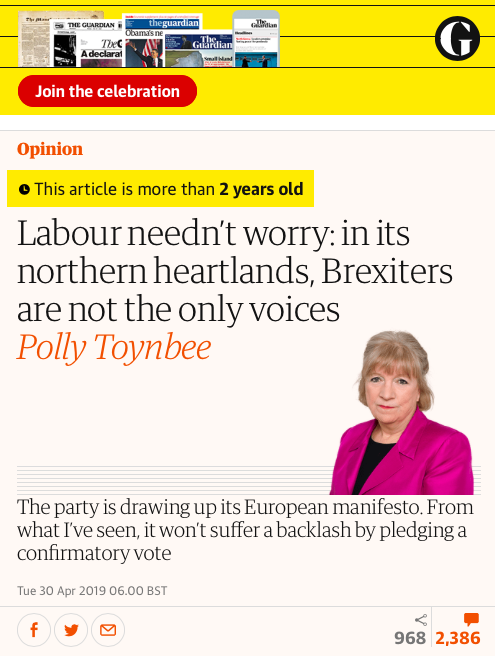