If you are going to slate anyone for Covid misinformation how about SAGE for its forecasts, the worst in history

Earlier today I reported how LinkedIn was censoring me for reporting facts because those facts challenged the set narrative on mask wearing. Reporting hard facts, data which is verifiably true, is now “misinformation” which in the UK will soon become a crime. If we do go down that line how about we start with SAGE and its forecasts which were obviously so completely bonkers yet have influenced Government policy. Was not SAGE supplying misinformation as youcan see in the chart below?

According to SAGE, adopting a “do nothing policy” in response to Omicron would result in between 1,880 and 4,770 UK deaths per day. It made that forecast even though it was clear to anyone who could be bothered to look that in South Africa where Omicron was raging it was killing almost nobody. But as you can see below, we are now at the point SAGE said would be the peak. The Government ignored its warning and deaths of people who have tested positive for covid within 28 days of death are running at sub 200 per day. A good number of them will be dying with covid not from it and very few are dying with Omicron.

SAGE’s forecasts were always fantasy and are proved to be fantasy. Will it be prosecuted for misinformation?  Will links to its forecasts – which have always be wrong – be stopped by LinkedIn? Of course not. The Ministry of Truth does not allow one to challenge SAGE’s bonkers forecasts or it appalling track record. 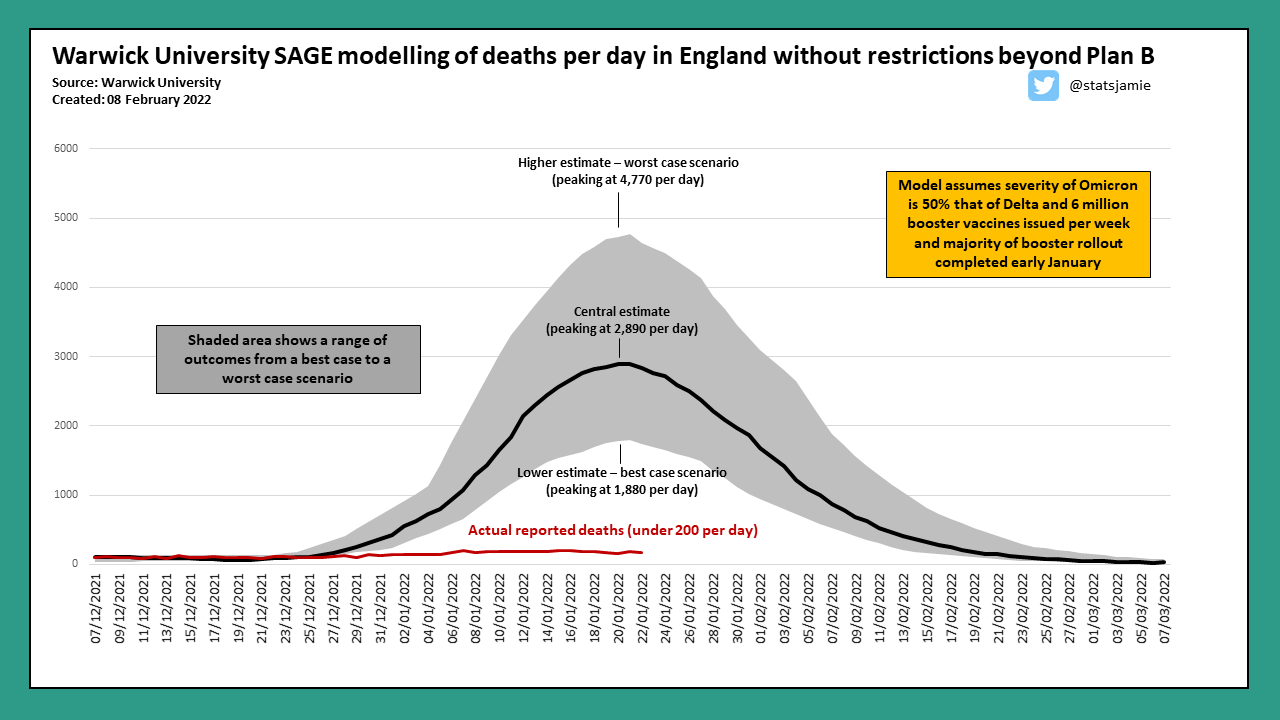