The fried green tomatoes continue to win rave reviews from the Mrs and myself and so we enjoyed another batch yesterday after the arrival of two large bags of “old fashioned cornflour” with a big picture of what used to be known as a Red Indian on the front of each. I suggested that the flour might have been produced by Native Americans but the Mrs, a woman once known as the deluded lefty, gave each bag a dirty look, suggesting that – like the Washington Redskins – a makeover was needed for these enlightened times. I think I shall order some more bags to ensure we have a lifetime’s supply with the current design.  Meanwhile, I have more of the green tomato glut to deal with, without resorting to chutney as we already have more than one winter’s supply of apple chutney.

First up is simply freezing them. The sheet below went in the freezer yesterday and will today be bagged to go back in the large freezer in my office given to me by my father-in-law for storing winter food and ice cream. By freezing in this two step way the tomato slices stay seperate for when they are used in green fried tomatoes during the winter. You can assume that I will be doing a freeze a day for some time as the tray below is good for two meals of fried green tomatoes but I plan on having many more than that this year.

And then there is a pickle using green tomatoes a few peppers, onions, a chilli, cider vinegar, sugar and salt.. The peppers tomatoes and onions go in a blender and what comes out is allowed to drain for an hour so removing all the juice which is flushed away. What remains is added to the other ingredients, brought to the boil and allowed to simmer. We had the first helping on sausages last night and it was a hit. I am not sure that we will work our way through all five jars so this is also generating more Christmas presents.

All of what we eat and what we save prompts suppper time talk, led by myself and Joshua, on what we shall grow next year. He is keen on many more marrows, beetroot and carrots. I want more leeks, broad beans, butternut and other squashes. We are agreed on tomatoes but agree they should be planted earlier so he can have more red ones which he enjoys as well as green ones for myself and the Mrs. Potatoes, Chillis, peppers, radishes, spring onions, onions, garlic, shallots and lettuce all stay. All of that means an abandonment of spring cabbages, cauliflower and sprouts, we have conceded defeat to the accursed butterflies, though the winter crop is doing well and will be repeated. But also we need to drivea big expansion of the land we cultivate which means intensive autumn and spring weeding to clear the entire area of what used to be called the jungle. 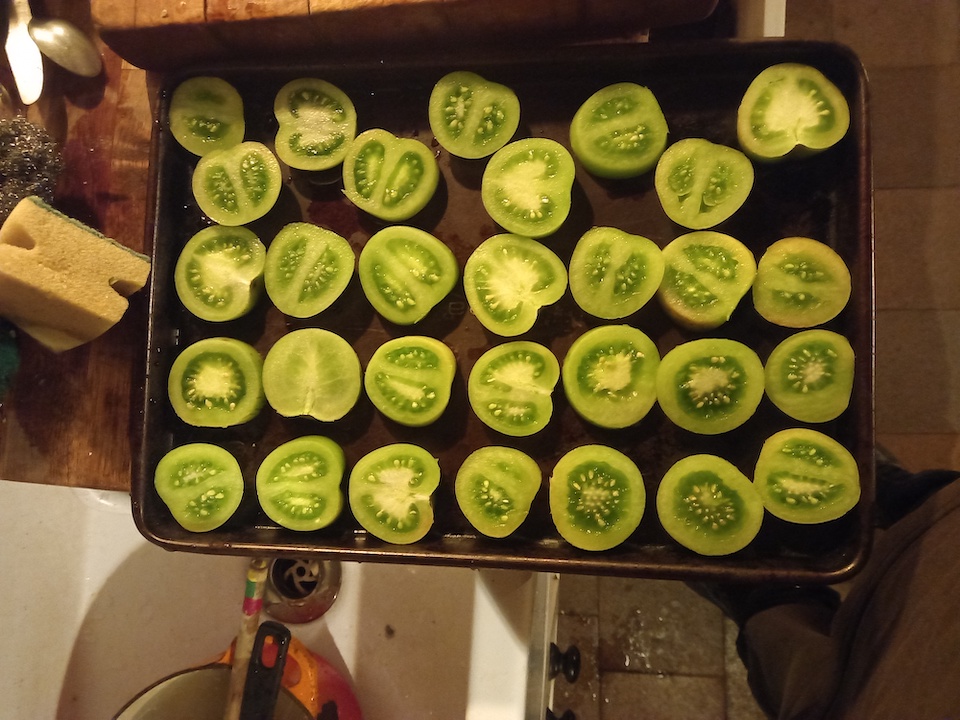 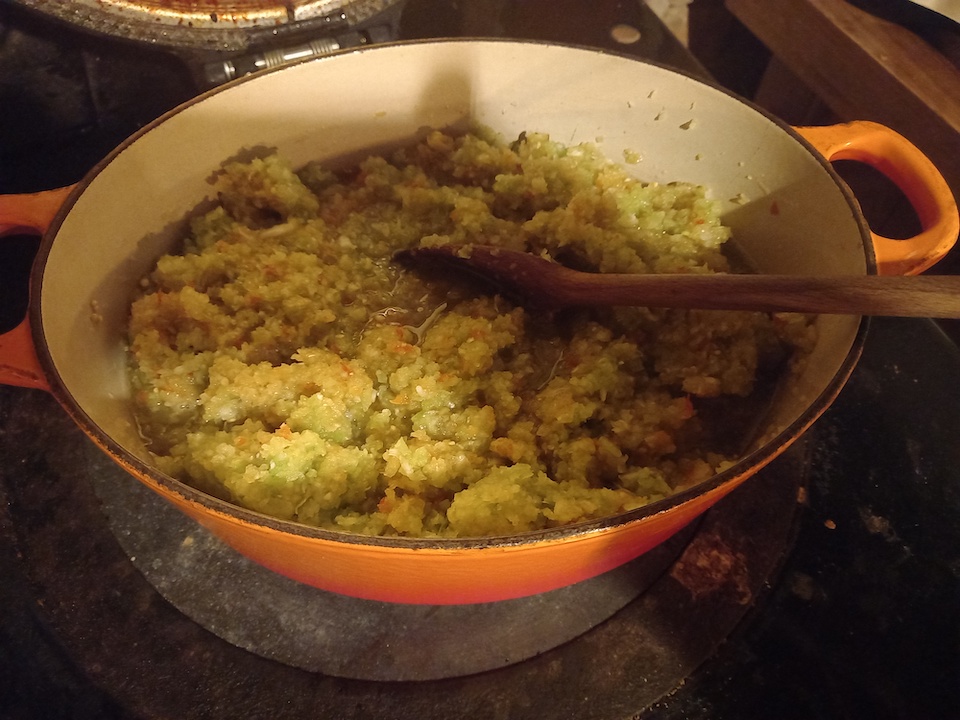 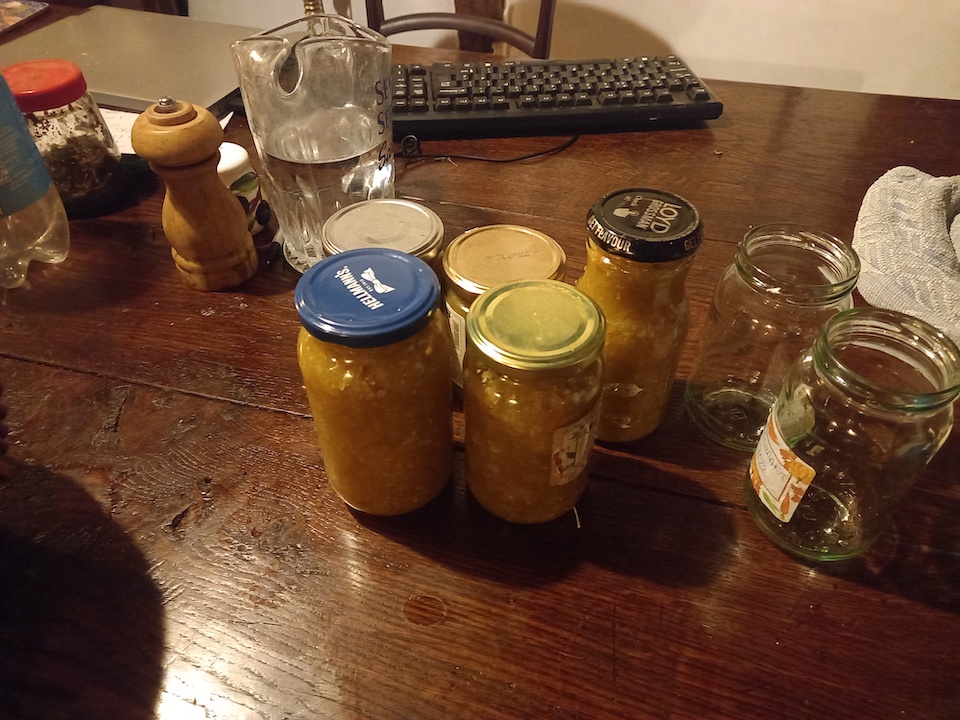