You are told by the BBC and the rest of the liberal media that nurses are grossly underpaid and that their decision to walk out on cancer and other patients leaving them to die is thus all the fault of the wicked Tories. But here in chart form are the facts….

The mean average wage in the UK for full time employees is £38,131 cited by the nurses and their supporters as the least the saintly ones should be getting. But mean averages are deceptive in terms of wages – as demonstrated to woke morons at Bath Spa in the gender pay gap debate here – as they are skewed by a very few high earners, football players, BBC presenters and other fat cats. And so the median average is a far more useful benchmark and in terms of pay for full time workers it is £31,285.

The average nurse is on £34,000. But that is only half the story as the chart below shows. There are a stack of other perks to add to the basic pay of which the biggest is the NHS pension scheme funded not by the nurses but by you, the grateful taxpayer. It adds a material amount to that basic and as you can see below helps take the average package of a nurse up to c£50,000.

Now I have seen pictures of some remarkably fat nurses on twitter claiming that they have to eat patient left overs to survive. In many cases it looks as if they have been eating the patients as well. But if they struggle to survive on 10% more than the average wage and on a package which is worth c60% more than the average wage, I suggest that it is their own budgeting that is to blame. Not the wicked Tories.

For what they now demand is a 17% wage rise and that will have to be paid for by tax rises for all of us including all of the 55-60% of the population that earn less than a nurse before all the perks. Is that really fair? The average pay rise in the UK this year is looking to be 5% with the private sector lagging the state sector.

Nurses also claim that since the end of the GFC their pay rises have lagged that of we wicked folk in the private sector in a material way. But, again, this is deceitful. If one sees the start point being before the GFC you will see that as the crisis emerged public sector pay still increased, albeit marginally. Private sector pay fell sharply during the GFC and many folks in the private sector lost their jobs altogether.

Moreover, private sector pay increases since then are in part driven by increases in productivity, In the public sector there is an across the board increase but then each year many staff move up a grade reflecting time served, more experience, etc. According to the NHS nurses can expect to move up the scale every 2,3 or 5 years with more frequent upgrades when earlier on in the career. So since even the end of the GFC in 2010 while across the board increases may have been low, your average nurse will have moved up the pay scales at least 3 or 4 times.

So in fact a nurse starting in 2008 and still working in the NHS  will almost certainly have outperformed the average private sector employee in terms of pay. She or he will never have had to worry about redundancy which we in the private sector must do as the economy heads south. And while our wage increases are driven by productivity increases, nurses pay has risen despite waiting lists going through the roof to record levels, an indication of reduced productivity.

And now, with a package worth 60% more than the median average the greedy witches (witches can be male just like nurses so new accusations of sexism please), are demanding a 17% pay hike. Otherwise your granny who is in hospital will go untreated and die on a strike day.

I am sure that many of you who banged your pots and pans in the scamdemic – where adjusted for age and weight, nurses were less likely to die than, say, bus drivers –  are getting ready to bang them again in support of the angels of the NHS. I shall not, the nurses are lying to you about their relative poverty and are just plain greedy. No doubt GP’s on £104,000 (plus pension benefits) will be the next to walk out but given the infrequency which so many of them darken surgery doors, will anybody actually notice when the Shipman’s strike? 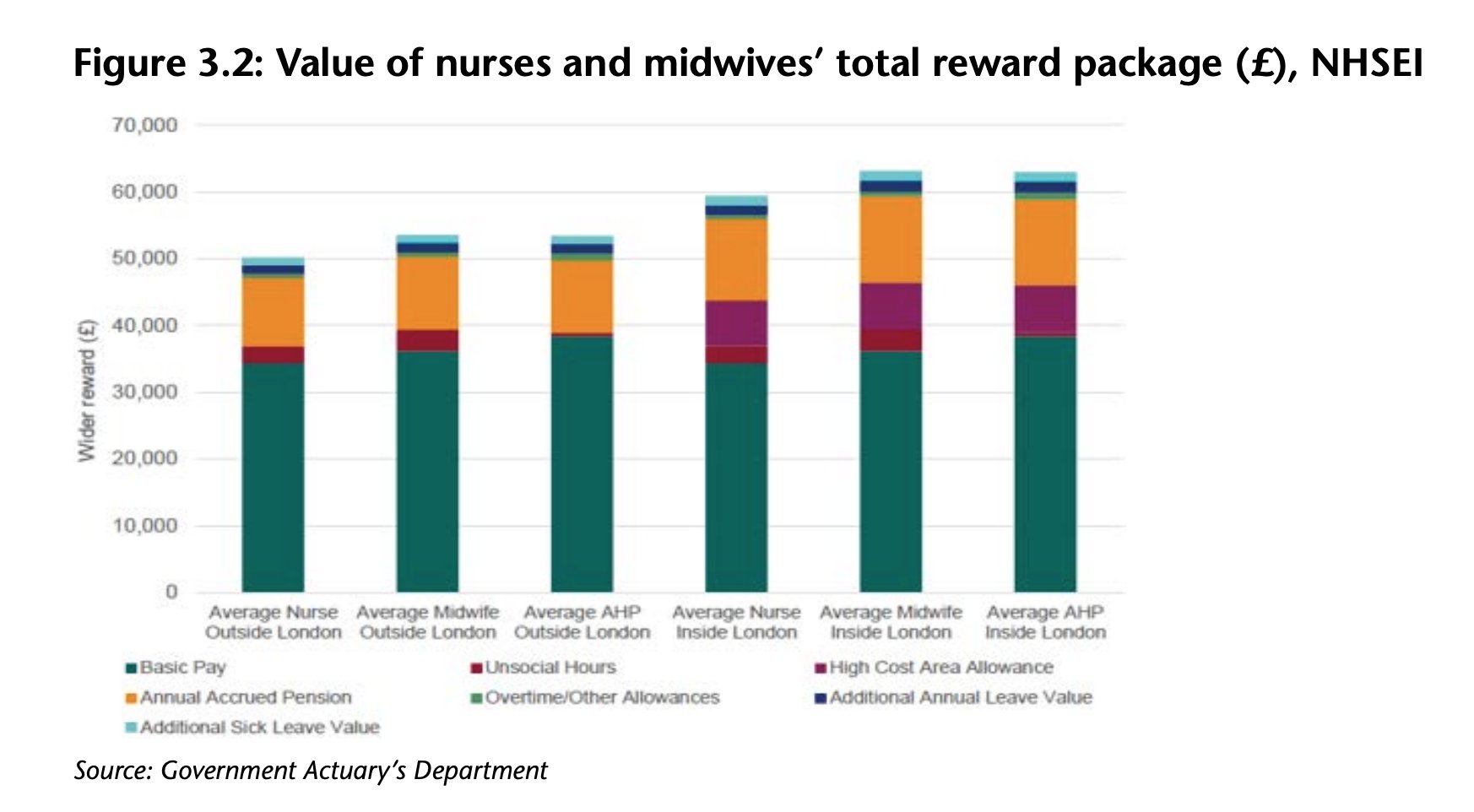