Like Labour front bencher Emily Thornberry, our morbidly obese three legged cat Oakley is terrified of actually meeting a member of the working classes. Thus when a man fixing the bathroom wanders in or the cleaners arrive, as soon as they start speaking Polish he bolts and hides. Maybe Oakley is a racist and does not like Poles? Actually It is not that they are speaking Polish as on the odd occassion we have found Brits who will eschew welfare to work for £12 an hour, he also runs, especially when he hears a hoover revving up.

It is not that he is scared of people. When we have guests, even the mother-in-law who visits tomorrow for an extended stay, he is most affectionate. But when a member of the working classes crosses our thresh-hold, Oakley runs upstairs into a bedroom and buries himself under a duvet. He will only emerge when the house is once again free of the working classes.

I wonder why he became such a snob? I suspect it is the middle class Guardian reading public sector employed pals of the Mrs teaching him bad habits. "Oakley watch out there is a white van pulling up outside! Run...he has a real job and might vote Tory!
"
Meanwhile No 1 friend of Oakley, Mu, who is a novelty among the friends of the Mrs in that she actually has a job in the productive part of the economy, is still acting like a crazed Millennial and playing Pokemon Go on a daily basis. And on her last visit she once again detected a Pokemon above Oakley. He was, as you can see, not impressed. 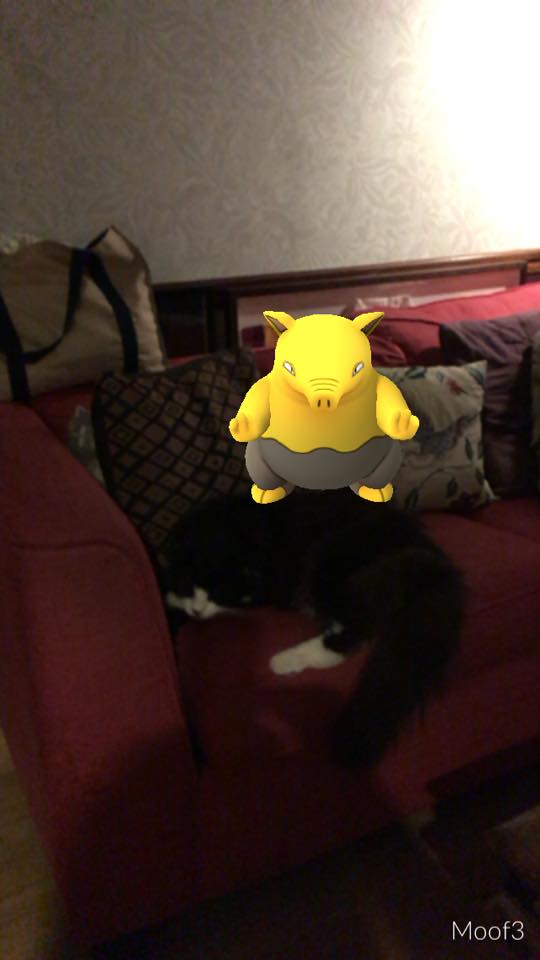