Photo article: Bad News for @TitaniaMcGrath – she has a rival as the UK’s leading woke poet

I found this in Pickering in the far North of England. I am sure Titania McGrath would not visit a place like this as it is horribly white and full of Brexit supporting racists. But there does appear a voice of sanity in this sea of fascism. Meet poet Howard Owen Griffiths.

I found this great work pinned to a Church noticeboard. If it was the Church of England I’d assume that Howard was the vicar and had long since ceased bothering with folks like God or Jesus and was focussing on the true Christian message of fighting global warming, demonising Israel and Donald Trump and combatting Boris and Brexit. But this was pinned to the noticeboard of the Catholic church so can also be seen as a brave fight against patriarchy.

Howard may be a male, although one should not make any gender assumptions, but I suggest that Titania has a rival as he/she is a genius as you can see below. 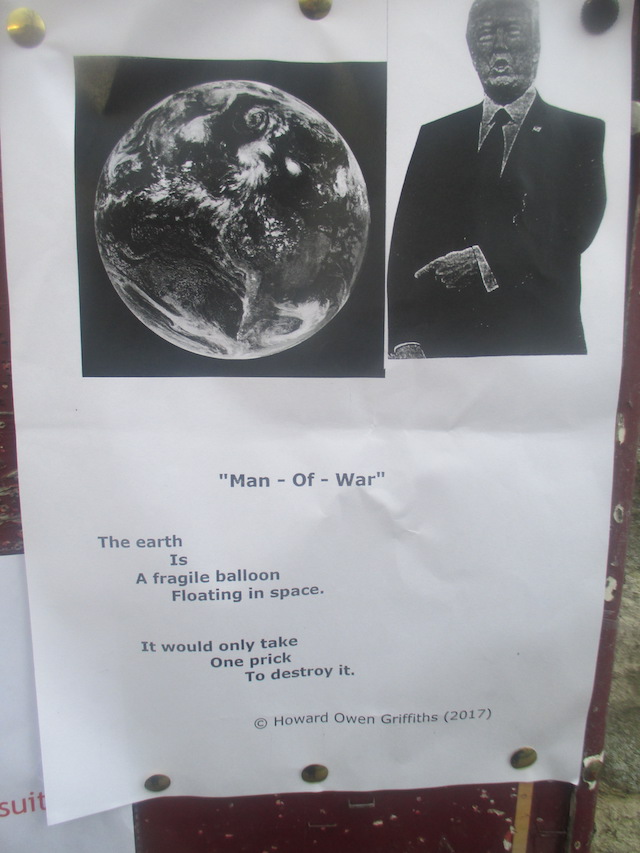