I awoke this morning to strange sounds from the formal lawn behind the house. I wandered downstairs and opened the door. Having entered single file through a small gate from the farmyard, the lawn was full of 10-15 bulls. The photo below was taken by my neighbour as a few of them wandered up the lane to his drive.

I called the Police who asked me what sort of bulls they were. I said “black and white, I think Friesians”. The lady copper said, “so milking cows then”. Whatever. I know the Fuzz are heavily into this transgender business these days, so she may think that bulls can produce milk just like women can have a penis.

I peered through my door, as a couple of bulls wandered up to peer at me, so I was able to read out their identity tag to the Fuzz who said they’d be straight round. Six hours later, they are nowhere to be seen. I imagine they are busy arresting English folks who have made the mistake of entering lockdown Wales and then escorting them to the gulags of Merthyr Tydfil.

After a while, a farmer appeared in the farmyard on the other side of the house and the bulls responded to his dulcet tones and followed him away. We had a few words. I know where the bulls normally reside – it is about 1000 yards away on the other side of the bridge over to free England. We discussed how a kissing gate in an arch under the bridge was broken and that was allowing his bulls to escape, walk along a small paddock, then through two of our fields to come and eat the flowers the Mrs cares for now and again.

Apparently this is the second breakout in a week and the Council knows all about the broken gate and the problems it is causing but it is too busy sending out emails about Pride Month, the rubbish collections that have not actually taken place for three weeks, and other vital matters to actually do anything about it.

So I may be seeing the bulls again. 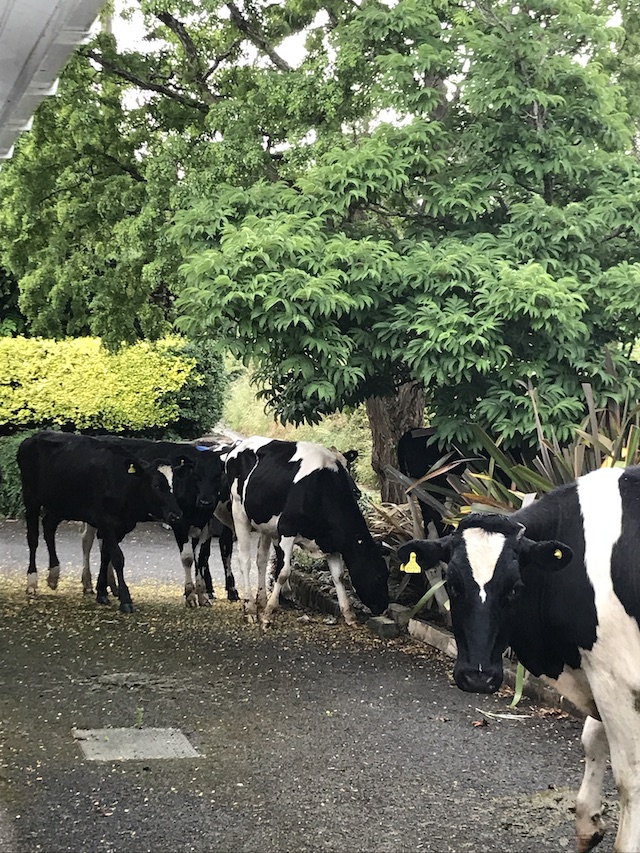