Is nature telling the Doom Goblin Greta Thunberg and others that this winter will be an inconvenient truth?

As I have noted previously, as we observe extreme cold in Russia and China, in “The Long Winter” by Laura Ingalls Wilder,  an admrable libertarian but now like most dead white authors now officially a racist, nature warns the Ingalls family that the “extreme weather” occurring without man made carbon emmisions will be brutal. So what is in store for the UK this year?

Of course cultists at the UEA predicted in 2000 that within a few years kids would not know snow. But is nature telling us that this year will see snow and worse? In the old days folks used to seek guidance from nature as to how severe the winter would be. What was the acorn harvest like where you are? A big harvest foretellls a harsh winter. As do birds flying south sooner than usual or foxes adopting a thicker winter coloured coat? The Mrs disputes this but I think the geese and ducks did fly overhead earlier this year.  And as for the foxes, they seem to be voting for a harsh winter too.

Snowballs and sledging for me and Joshua, another inconvenient truth for the cultists to ponder and ignore as they warn us that global warming will burn us all to a crisp 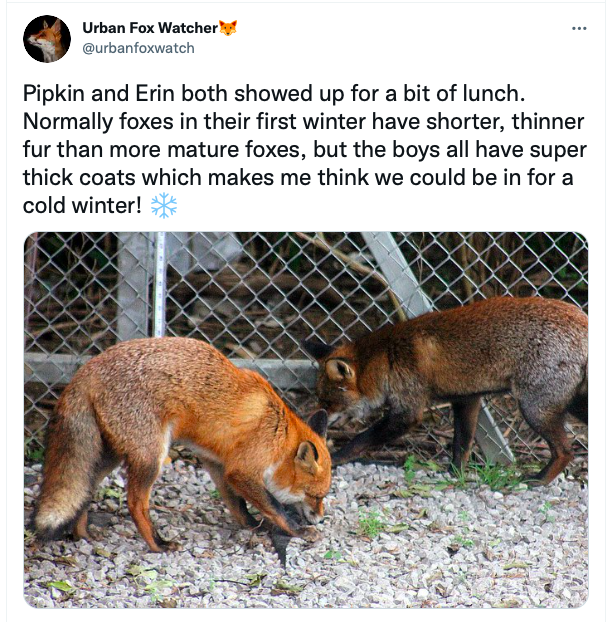