Fewer than half of Brits are Christians census fury but atheists, like Cambridge bisexuals, see the light in the end 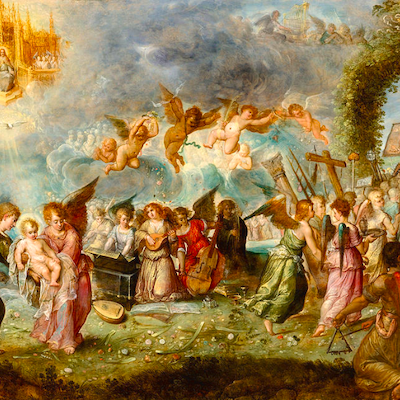 There is much wailing as the results of the 2021 Census are published and so that for the first time in almost two thousand years the majority of folks in England and Wales do not identify as Christian. Well sort of, many of the supposed godless are just like Cambridge University bisexuals. They will see the light sooner or later. Let me explain on this day before Advent.

Some on the right say this Christian decline is all down to floods of immigration. That is a red herring from swivel eyed racists. The percent who are Moslem is up from 4.9% in 2011 to 6.5% last year. Given a higher birth rate among Moslems than among the wider population this suggests minimal impact from immigration.  Those of other faiths which includes all those identifying as Jedis is up a bit at c5%.

The reason that Christianity is waning in terms of how we Brits identify ourselves is almost entirely a surge in those saying they identify as having no faith, up from c25% to c40%. That mirrors the drop in identifying Christians from 59.3% to 46.2%.

Some who might have been put off from identifying as Christians might do so because of the liberal media constantly ridiculing and attacking those of us with old fashioned beliefs. Who wants to be associated with lunatics who believe in the man in the sky or the boring old ten commandments?

Others look at the Church of England and, like me, despair. This week we have seen Cambridge theologians preaching in a church about how the wound on Christ’s body post cruxifiction half way up his rob cage is clearly a vagina and this shows that Jesus was trans. I kid you not. This is not just heresy but is patently ludicrous, just silly.  But it is in a long tradition, in recent years, of CofE heresy and silliness.  I do identify is a Christian but I find it harder and harder to feel anything but scorn for the C of E or, indeed, the even more wretched Church of Wales.

Since the Cof E believes in nothing – if it is our official messenger of Christ – why should we believe its message or identify with that faith?  But I suspect that the 15% switching to identifying as not Christian are like the Cambridge bis. They identify with what is in vogue. But when those folks come to marry someone of the opposite gender (as there are only 2 not 108), as 90%+ of the bis in Cambridge will do one day, they will mostly do so in a Church. If their kids are christened, as is the fashion for most of the nice middle class young people who go to Cambridge to arrange, it will probably be in a Church.  And when they finally fail their MOT test, the 15% will almost all have a funeral in a church and be buried in holy ground and so welcomed to Christ’s flock. So, in death as in life they will largely be Christian as, incidentally, will be most of those identifying as Jedi knights in the census.

In protecting Christian values in this country, we cannot rely on the established Church to stand with us as it has lost the plot completely and deserves the oblivion that awaits it, but instead we must rely on immigration. Here in Wales, the truly Godless government wishes to start teaching sex education lessons to kids from three. This is being appealed in the Courts. The Church stays silent as Christian parents take on the Government and the teachers unions.

Naturally, my wife and I have objected to our local school, Josdhua’s school, as have a number of other parents at the village primary here in the last village in Wales.  Those objecting are largely from the chapel the Mrs attends as there is nobody under 70 left at the local Church of Wales.  But I imagine that the Polish dad of Joshua’s best mate is also not too impressed with this nonsense. The mum who has recently arrived from Ukraine is unlikely to support such indoctrination. Immigrants are far too sensible to support the nonsense of the Welsh Government.  If there were any Moslems here you can bet the ranch that they would join the Christian parents in protest against the Government of Wales. So I fear not them, just the worship of nothing, the belief in nothing but the self, in me, me, me and in consumerism which is the religion that stalks the land today, abetted by an established Church which is no longer fit for purpose.